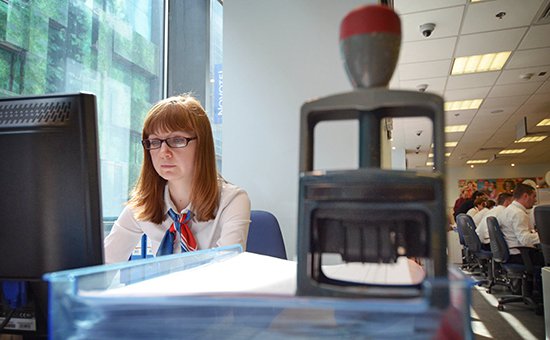 The Bank VTB 24 in October, intends to “test” the law on bankruptcy of individuals, effective 1 October. As have informed on Wednesday to journalists by the Deputy CEO of VTB 24 Anatoly Pechatnikov, the Bank will give next month 10-20 claims of bankruptcy debtors. The Bank is ready to supply a larger number of statements, however, as explained Printers, we must first look to what extent the judiciary system ready to “digest” the new law.

According to Pechatnikov, now VTB24 143 thousand debtors on loans overdue more than 90 days with the amount of debt from 500 thousand rbl. (the debtor’s bankruptcy with this amount, if the debtor does not pay creditors within three months). The total amount of their debt, said the Deputy Board Chairman of VTB24, is 87 billion.

Judicial procedure may be initiated both by the debtor and its creditors. According to the collection Agency “national recovery service” (NCW), in Russia more than 2 million people have overdue debts of more than RUB 500 thousand estimated NCW, for the first six months of the new law, the Declaration of personal bankruptcy will serves 28 thousand borrowers.

“The law on bankruptcy of individuals we regard as one of the tools in work with debtors. For example, we hope that with the new law, creditors will be able to recover the debtor’s property abroad,” said Pechatnikov, adding that claims about the bankruptcy from the debtors themselves to him are not yet known.

The number of appeals to the courts under the insolvency law may at the initial stage to reach several hundred thousand, but then will decline, predicts the Ministry of economic development.

Judge of the Arbitration court of Moscow region Elena Petrov said Tuesday at a meeting of the Plenum of the Supreme court, next year in arbitration courts of Moscow and Moscow region can enter up to 4 million of the Declaration of bankruptcy of natural persons. However, in the message of Ministry of economic development stated that these estimates “overstated several times”.

The Ministry of economic development leads the statistics of the USA, where the population of over 320 million people, the number initiated in the last year (from 1 July 2014 to end June 2015) the procedures of bankruptcy of citizens has exceeded 850 thousand. “Thus, the potential volume of procedures can be estimated at from a few dozen to a few hundred thousand”, — stated in the message.

According to the Bureau of credit histories “United credit Bureau” (OKB), the law on bankruptcy of today fall approximately 580 thousand Russians — those who are no longer able to cope with the debt burden. It’s about 1.5% of the total number of borrowers with existing loans. While a lawsuit about its bankruptcy can still 6.5 million Russian borrowers that currently do not pay their loans more than 90 days.

With the introduction of the new law into force, the load on the courts will increase significantly. In Russia in 2014 worked about 3000 of arbitrators, which in total reviewed a million cases per year (in first instance), the NME says lawyer Vladimir Tyurin, citing court statistics. For one judge in Moscow has 120 cases per month, in other regions of Russia — about 60 cases, 20 cases per month. “The workload of judges will increase by approximately two times,” — says Tyurin.