The construction of the second branch “Northern stream” means removing Ukraine from the transit supplies in the European Union, said Arseniy Yatsenyuk. 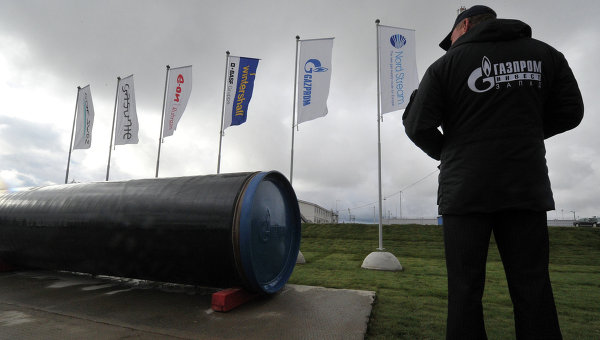 KIEV, September 10. The construction of the second branch “Northern stream” will completely deprive Kiev’s ability to supply the EU with gas and will result in the loss of 2 billion dollars of transit revenues, said Prime Minister of Ukraine Arseniy Yatsenyuk.

“For Ukraine, the building means removing Ukraine from the transit supplies in the European Union. The second is a loss of 2 billion dollars of revenue that we receive for gas supplies in the EU,” Yatseniuk said at a Thursday press briefing after meeting with Prime Minister of Slovakia.

“What do you mean the construction of Nord Stream 2 for EU? This means that the EU loses the possibility of direct gas supplies through the Ukrainian territory via the shortest path. The amount of such losses is 140 billion cubic meters of gas that can go through the Ukrainian gas transportation system. This means that the construction of Nord Stream 2 compromises the safety and continuity of gas supplies to South-Eastern Europe”, said Prime Minister of Ukraine.

“Gazprom” September 4, signed in the framework of the Eastern economic forum the agreement of shareholders of joint project company that will build the gas pipeline “Nord stream-2”. The shareholders of joint project company New European Pipeline AG, in addition to “Gazprom”, will include E. On, Shell, OMV, BASF/Wintershall and Engie (former GdF Suez). “Gazprom” will belong 51%, E. On, Shell, OMV and BASF/Wintershall — 10% each, Engie — 9%.

The project “Northern stream-2” involves the construction of two pipelines with a total capacity of 55 billion cubic meters of gas per year from the coast of Russia through the Baltic sea to the German coast.