The head of the Ministry of agriculture of the Russian Federation Alexander Tkachev said that the Agency does not expect food inflation for the year is above 15%. 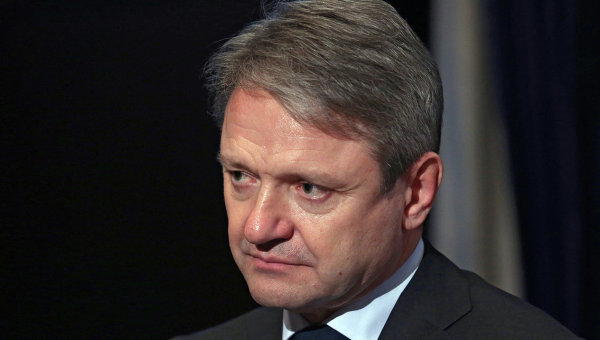 MOSCOW, 8 Oct. In Russia there are all preconditions for the food prices in the next year not much grew, the head of the Ministry of agriculture of the Russian Federation Alexander Tkachev.

“I do not exclude that to a large extent the growth is in the segments trade in the wholesale and retail levels. However, despite the difficult situation in the economy, the Ministry of agriculture still predicts food inflation for the year is above 15%. And there are all preconditions to next year as food prices did not grow much. This year in Russia it is expected a good harvest, and a pledge of stability in the food market”, — said Tkachev in interview “to the Russian newspaper”.

Discussing the problems of storage of the harvest, the head of the Ministry noted that, according to various estimates, will require from 5 to 10 years to close the existing deficit of storage. “It’s about the construction of capital facilities cost from 300 thousand to 1.5 billion rubles each required substantial investment. Therefore now adopted a whole program plodoovoshhnojj,” he said.

In addition, Tkachev said that the need to build greenhouses with an area of 1.5 thousand hectares — twice more than it is now to close the country’s demand for greenhouse vegetables, which are needed in the winter.

This, according to the Minister will require 500 billion rubles of investments. “But I’m sure it’s doable. After all, there are two dozen of billions of dollars to import vegetables from abroad”, — he added.