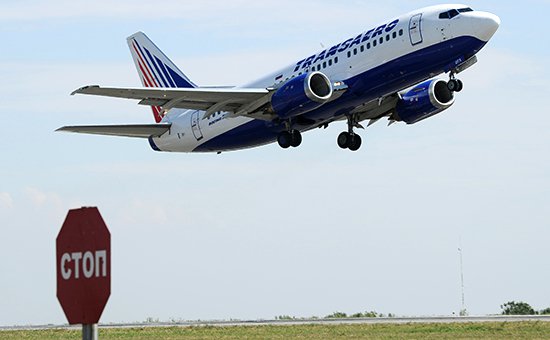 Twelve of the lenders, Transaero agreed to send a letter to the Chairman of the Board of Directors of “Transaero” Olga Pleshakova with the request to check what has been done for a month and a half since the start of September, for the recovery of the troubled airline. The existence of such a letter was confirmed by the press service of the Bank “international financial club”, sign it.

If the check results are not satisfied, the banks declare their intention to file a class action lawsuit against Aeroflot, which now carries out operational management of Transaero. This was reported by a source in one of banks-creditors and the source confirmed in another Bank.

The heads of these banks last week signed a letter to Prime Minister Dmitry Medvedev, where he pointed out that the bankruptcy Transaero “will lead to a deterioration of the competitive environment and quality of air travel in the country, as well as a significant underfunding of the real sector of the economy by the lending banks and leasing companies”.

These banks collectively gave the airline more than 56% of total loans (44.5 bn as of 1 September this year and over 43% of guarantee and letter of credit limits (4,73 billion rubles). The aggregate capital of these banks due to the bankruptcy of “Transaero” may be reduced to 90 billion rubles, said in a letter to Prime Minister Medvedev creditors of the airline.

They continue to fight for the salvation of “Transaero”, offering various options. As explained by the press service of IFC, a pool of banks offer a moratorium on the servicing and repayment of debt “Transaero” with the possibility of subsequent conversion of debt into its shares, as well as a willingness to continue to lend to the carrier.

Thus, on 5 October 2015 the Association of Russian banks (ARB) hosted a meeting of creditors of airline “Transaero”. “The meeting participants agreed to continue consultations in working order, and the preparation of joint appeals to the government of the Russian Federation and Bank of Russia”, — stated in the message on the ARB Association website.