According to the Governor of the Tambov region Alexander Nikitin, visitors Pokrovskaya fair will be able to feel the ancient merchant traditions, it will be possible to buy the famous potatoes Tambov, Tambov ham, apples, honey. 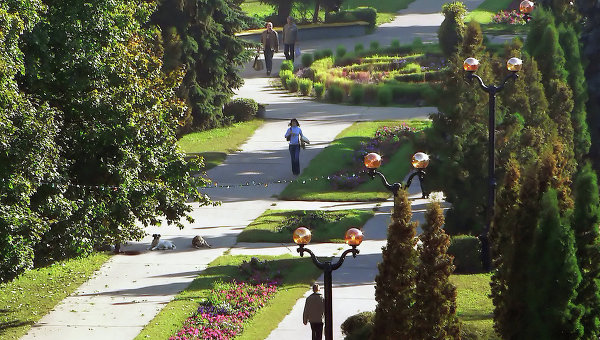 TAMBOV, 8 Oct. Fifth international Pokrovskaya fair, which claimed more than 800 participants, will be held in Tambov on October 10-11, said the Governor of the Tambov region Alexander Nikitin.

The fair will attract representatives from 32 regions of Russia, as the nearest neighbors of the Tambov region and the far regions — the Tyumen, Novosibirsk and Ulyanovsk regions, the Altai territory, the Republic of Crimea. We also guests from Belarus, Uzbekistan, Bulgaria and Lithuania.

“Visitors Pokrovskaya fair will be able to feel the ancient merchant traditions, it will be possible to buy the famous potatoes Tambov, Tambov ham, apples, honey. These and many other products of our farmers is already known outside the region, but our goal is the further promotion on the Russian market, and beyond its borders”, — said Nikitin.

In addition, a large program for guests and business partners will present a Business center Pokrovskaya fair, which will run October 9 to format IT-forum. “This will be a platform for exchange of experience, information about new products and technologies, communication and strengthening of ties between members of the IT community region and regions of Russia”, — said the head of the region.

This year the program Pokrovskaya fair — not only traditional sports and entertainment programs, performances of creative groups, but the two-day Festival in Tambov potatoes. In addition, everyone will be able to fly a kite during the festival, “Above the clouds”, said the press service of the regional administration.