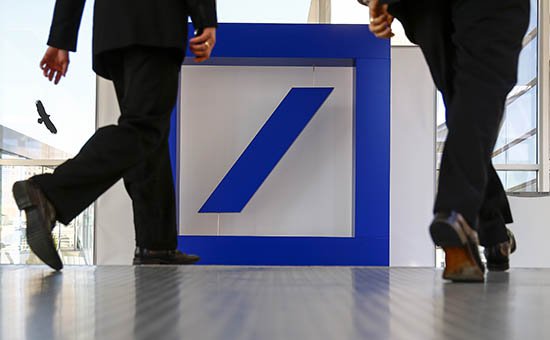 The claim of the former head of trading of the Russian division of Deutsche Bank Tim Wiswell (Tim Wiswell) was submitted to the Zamoskvoretsky district court on 17 September and accepted for production. According to the filing of cases next meeting scheduled for October 15. As the lawyer told Catherine duhina representing the interests of the financier in court, her client demands the Bank to reinstatement in a former position, payment of average earnings during the forced absence and compensation for moral damage. “The client believes that his dismissal was unlawful and expects to receive compensation from the Bank. We can talk about the amount of half a million dollars,” she said.

According to the lawyer, the Bank fired the trader 18 August 2015 with the phrase “loss of confidence on the part of the employer” (article 81. paragraph 7 of part 1 of the Labour code). Other documents that would explain the reason for the dismissal of the employee, the Bank did not provide, she says. “Normally at this article fire cashiers, spent squandered company money, or house-keepers, who are suspected of theft,” says Dugina.

It assumes that the dismissal of Mr. Wiswall could be related to the investigation, which began an American and European regulators against Deutsche Bank in connection with the alleged laundering of large sums by the Russian customers of the Bank. According to counsel, a possible reason could be work with the client from the inner circle of Russians caught in the sanctions lists of the USA and the European Union.

Dugina said that the trader was simply carrying out the instructions of his client. “The Bank’s claims that the financier was promptly reported to the management that the customers are related to the sanctions list, I seem to be unfounded”, — said Dugina.

About the scandal of money laundering at Deutsche Bank, it became known in the spring of 2015, when several media outlets published information about the Bank initiated an internal investigation in connection with the revealed questionable transactions in derivatives in London. On 30 June, the Bank announced that it “is investigating the circumstances of the transactions with shares committed by certain clients of Deutsche Bank in Moscow and London” and bearing a suspicious character. The Bank also said it has taken disciplinary action against several employees. According to Bloomberg, the speech can go about $6 billion, which were unlawfully removed abroad for the years 2011-2015. Deutsche Bank said Western regulators on violations, and attracted to the investigation of experts from London and new York.

The Bank has informed the British Office of business ethics in the financial sector (FCA), the European Central Bank and German financial regulator Bafin.

In mid-July it became known that the Department of financial services of the state of new York has requested Deutsche Bank to information about the activities of the Moscow office of the Bank in the process of checking data on money laundering, told the AFP news Agency with reference to sources familiar with the situation.

The American office has requested from Deutsche Bank emails, documents, customer lists and other materials on the case to trace the path of transactions “worth billions of dollars”, which allegedly could be used to output from Russia of incomes of dubious origin.

In early September wrote that Deutsche Bank AG plans to close the main business in the Russian “daughter” — trade of securities (55% of revenue). According to a source close to the head office of the Bank in Frankfurt am main, this decision is connected with the sanctions and a bad control system in the Moscow office of personnel suspected of facilitating money laundering, the investigation is underway. September 18, Deutsche Bank officially announced the optimization of its Russian subsidiary for investment banking services. This will simplify processes, minimize costs and risks, the Bank said.

The official representative of the Russian division Deutsche Bank declined to comment.