According to the auction, the December futures for gold on the new York stock exchange Comex became cheaper to 1143,9 dollar per Troy ounce in anticipation of the publication of minutes of the September meeting of the Federal reserve system of the USA. 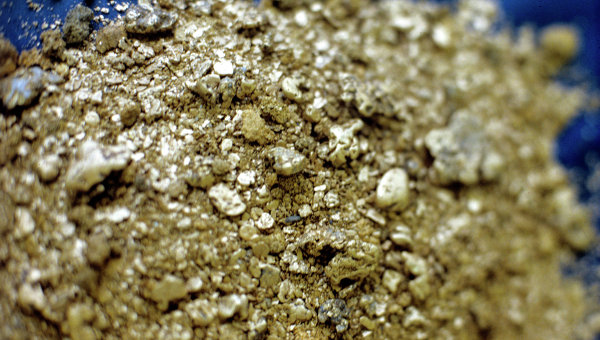 MOSCOW, 8 Oct. Gold prices fall on Thursday in anticipation of the publication of minutes of the September meeting of the Federal reserve system (FRS) the USA, according to AFP.

On Thursday the fed will announce details of its September meeting, following which the base rate has been kept at the minimum level of 0-0. 25%. Investors hope that the protocols will help to clarify the prospects for further monetary policy of the regulator.

According to analysts, although the U.S. economy continues to grow, it has not yet reached the required level to tighter monetary policy. As told the newspaper The Wall Street Journal broker Logic Advisors ‘ bill O’neill (Bill O’neill), to the traders it is important to understand, whether were at the meeting of the fed’s debate about raising rates, and how many members were in favour and against.

Reducing the cost of the metal also contributes data on the U.S. labor market, published on Wednesday. The number of initial applications for unemployment benefits in the U.S. last week fell by 13 thousand compared with a revised reading of the previous week — to 263 thousand, the lowest level since July. Analysts were expecting a decline by only 3 thousand to 274 thousand.

Low unemployment is one of the conditions of a rate hike by the fed. The rate increase will strengthen the American currency, which, in turn, will lead to lower gold prices.