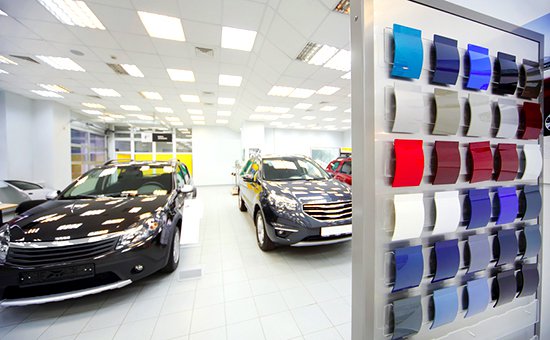 The rate of decline of sales of new passenger cars and light commercial vehicles (LCV) accelerated again in August after a fixed deceleration to the lowest in 2015 year, reports the Association of European businesses (AEB). If in August 2015 the car market shrank at an annual rate of 19.7%, in September, the fall amounted to 28,6%.

Compared with the previous month, sales in September increased by 1.6% instead 138,7 thousand cars were sold approximately 140.8 thousand cars. However, a significant impact on the results of the industry this growth, according to experts, will not have.

“Sales in September were not significantly improved nor market indicators in relation to the previous year or the forecast for the remaining three months”, — said Chairman of the AEB automobile manufacturers Committee Joerg Schreiber, whose words are in the press release. According to the latest survey of AEB members, the forecast for 2015 remained virtually unchanged at the level of 1.57 million units, including passenger and light commercial vehicles, which is 37% less than in 2014, he added.

In January—September 2015 in Russia, according to AEB, was sold just over 1,192 million cars. For comparison, in the first nine months 2014, sales amounted to about 1,78 million cars. Thus, the decline in eight months was 33%.

On the dynamics of sales in September was the worst month for AVTOVAZ. The previous maximum drop Togliatti automobile plant showed in April — minus 38%, but then the whole market fell by 41.5 per cent.

In second place in August 2015 were machines under the brand Kia, which for the month were sold in Russia a little more than 16 thousand units (11% more than the year before). Completing the top three cars Hyundai with the result of 15.1 thousand (-2%).

We will remind that else in March of 2015, GM announced that its controlled brand Opel to get out of Russia completely, and Chevrolet will leave you with only premium model Corvette, Tahoe and Camaro.

To increase results than Kia have been able UAZ (+13%), Porsche (+119%) and Datsun. The latter due to a low base last year (cars of this brand entered the Russian market in September 2014) has managed to increase sales at an annual rate of almost five times from 520 to 2578 machines.

The status of the major bestseller of the Russian market by the end of September 2015 for the third month in a row wins the Hyundai Solaris, sales developing at an annual rate of 10%. Lada Granta with the result of 8,6 thousand cars returned to the third place, the second arose a New Kia Rio, sales of which grew by two-thirds.

Implementation of Lada Grant decreases for three consecutive months (June, has sold more than 14 thousand Granta). Another model of AVTOVAZ, Kalina, shows mixed trends, but overall monthly sales results of the model were relatively stable. Granta and Kalina cars were sold in varying conditions, says the dealer of AVTOVAZ. In September, for example, in Kalina extended the loyalty program of AVTOVAZ: buyer has received a 10% discount regardless of driving experience, Granta experience was taken into account.

In addition, the demand on Granta could delay the new model of AVTOVAZ — Lada Vesta, the production of which was launched on 25 September, says the head of marketing and advertising and sales “Krumb-service” (the dealer of Lada) Oleg Kostyuk.