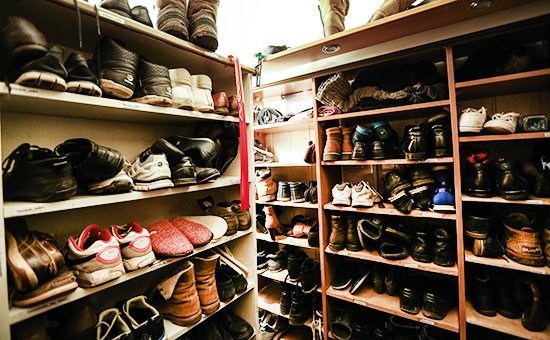 What hostels will remain

The state Duma Committee on housing policy and housing and communal services recommended on 20 October to adopt in its first reading a bill banning place hotels and provide hotel services in a residential installation. The corresponding decision was published on 8 October on the official website of the State Duma.

A bill to ban hotel business in residential buildings was introduced to the state Duma on 7 September by a group of deputies, including the Chairman of the Duma Committee for housing and communal services Galina Khovanskaya, Elena Nikolaeva, Alexander Abalakov. The bill proposes to add to part 3, article 17 the Housing code of the Russian Federation, which States ban the placement in residential areas of industrial production, the words “hotels and other accommodation facilities, hotel services and other services.”

If the bill is passed, it will focus primarily on mini-so-called hotels and hostels operating in residential areas. In April of this year, Galina Khovanskaya urged the interior Ministry to be more active against hostels. At the government hour in the state Duma it is told that hostels are not only dangerous for the residents of neighbouring apartments from the point of view of drug addiction and alcoholism, but pose a terrorist threat. People living in hostels without registration and contract to hire “Nar”, the neighbors apartments-hotels pay for utility services consumed by their residents, added Khovanskaya.

In the explanatory note to the bill deputies indicated that the use of premises as mini-hotels leads to the violation of housing rights of residents residing in adjoining hostel apartments. In addition, they noticed that the activity on rendering of hotel services can only be carried out after the transfer of premises in uninhabited. While the Housing code does not exclude possibility of transfer to non-residential premises of apartment in the apartment house provided that this apartment is on the first floor. Or, if the apartment is located above the first floor, under it should be placed areas, also non-residential.

The lawyer of the company “Yukov and partners” Marina Krasnobaeva notes that the transfer of premises from residential — technically complex and expensive process. “First of all, this requires the consent of all owners of apartments in the house — lists Krasnobaeva. — Second, to non-residential premise requires a separate entrance. If the hostel is located on the second floor, it will likely have to build a separate entrance”. According to Krasnobaeva, private entrance costs to the owners of the premises about 100 thousand rubles. When the room will become non-residential, the tax base on the property and the cost of utilities to the owner twice, she adds.

In addition, in Moscow, for example, the transfer of premises from residential to non-residential recently suspended. May 15, Moscow mayor Sergei Sobyanin has amended the regulation on the re-planning of premises in apartment houses. In the former edition were lists actions that fit the definition of “redevelopment areas”, which may be agreed upon by the Commission in moszhilinspektsii. According to a new document, delete the words “exterior porches, the porches,” which basically prohibits the accession of such architectural elements of the houses, wrote in may of this year.

Because of all the above difficulties a translation of residential to non-residential premises is for the owners of mini-hotels in fact impossible, believes Board member of the nonprofit Association “League of hostels” Olga name: “In Moscow and St. Petersburg almost no one to do it will not be, — she said. — Because to take into account increased costs after transfer to non-residential premises this business will simply cease to be profitable”. Prices for accommodation in the hostel is usually significantly lower than at the hotel. “A room in cheap hotel in Moscow can cost 3-4 thousand rubles., — cites the example of the managing company “Adora Hostel” Sergey Suvorov. And the hostel even in the city centre can be removed, for example, for 750 rubles. the Difference is obvious”.

Many hostels in Russia

Estimates of the number of mini-hotels and hostels in Russia strongly disagree. According to the President of the Moscow representative office of the Association “Interregional Association of the development industry hostels” Novel Sabirianova, in Russia there are about 1 thousand hostels, of which about 80% are located in residential apartment buildings. Thus, the ban on the deployment of mini-hotels in residential buildings may lead to withdrawal from the market players and, consequently, to higher prices in the remaining hostels, he concludes.

Olga name from “League of hostels” not dare to call a number of hostels throughout Russia, but in Moscow, in her estimation, has approximately 360 hostel in St. Petersburg — 370.

This assessment does not agree the head of Department of hospitality and tourism of the Moscow office of Cushman & Wakefield Marina Smirnova. According to her, at the beginning of this year in Moscow was 1468 of collective accommodation, of which 336 is of. Everything else — small hotels, hostels and dormitories. The market of hostels and mini-hotels in Moscow, it is estimated at 3.5–4 billion rubles per year.

Thus, if the bill is passed, in the two capitals may close hundreds of hostels. “The ban on mini-hotels in residential complexes not only will hurt small businesses, but will also result in a reduction of tourism in Russia”, — warns Roman Sabirjanov. The Chairman of the Committee for tourism development of St. Petersburg Inna Shalyto said on Thursday that the issue of the prohibition of hostels particularly relevant for the Northern capital, brought her the words Interfax: “Petersburg, we can say the capital of mini-hotels and hostels located in the Central part of our city in connection with dense buildings. We had a large communal apartment, who for the last 20 years were redeemed, there had been hostels and small hotels. For us this is critical, because it is a reference segment of ekonomrazvitija in the heart of the city”, said Shalyto.

The Deputy Minister of culture Alla Manilova on Thursday told journalists that the Ministry of culture of the Russian Federation has developed the bill directed on protection of small hotels and hostels: “I am confident that this legislation [to ban the placement of mini-hotels and hostels in residential buildings] will not be accepted. The Ministry of culture has developed and is making another law is exactly the opposite, in defense of small hotels”.