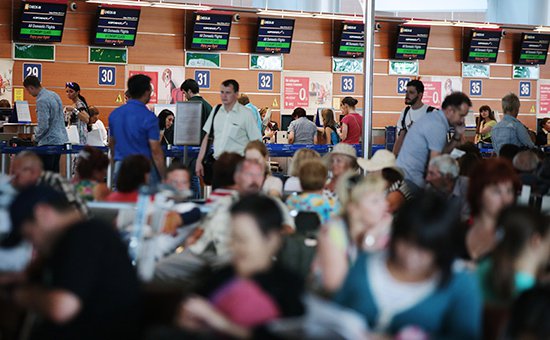 Rising prices for popular flights abroad predicts the largest Russian search engine tickets Aviasales.ru. According to PR-Director jānis Dzenis, quoted by Bloomberg, “in its time “Transaero” has reduced the prices on popular routes at least 25% after the carrier’s prices can return to its former size.”

Dzenis says that now the minimum price for the flight Moscow — new York was 15-18 thousand rubles From “Aeroflot” the cheapest ticket on the same flight is 26.6 thousand rubles.

The analyst of Gazprombank Mikhail Ganelin, an opinion cited by Bloomberg, said that the departure “Transaero” and rising prices will increase the profitability, which is now many carriers is almost zero.

Bloomberg notes that in the first eight months of 2015 the share of Transaero accounted for 20% of international traffic in the Russian market.

Transportation of passengers of the company “Transaero” will run until December 15. Passengers date of departure after 00:00 GMT December 15, will also be able to issue a refund for the tickets in full. By 15 December, according to “Aeroflot” will transport 95% of passengers “Transaero”. The return ticket with date of departure before 15 December and the return date after December 15 are cancelled, their holders to fully compensate for the cost of the ticket. On October 6 the Federal air transport Agency said that due to the deteriorating financial condition of the airline and the signs of declining safety conducted an unscheduled inspection of “Transaero”. Its results can be accepted the decision on early termination of flights of the company.

Passengers “Transaero” will airline Aeroflot, S7 and UTair. In this case the transportation will be carried out by airlines themselves, without support from the Federal budget.