The mayor of Yekaterinburg Yevgeny Roizman was sent to the presidential administration of Russia the letter with the request to return to the Yekaterinburg urban development authority. Previously, this authority was transferred to the region. 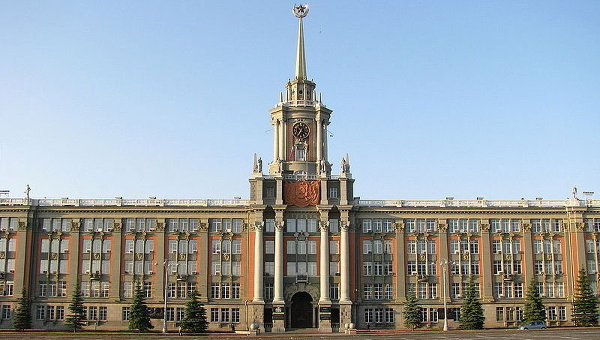 EKATERINBURG, 8 Oct. The head of Ekaterinburg Yevgeny Roizman has directed addressed to the head of the presidential administration of the Russian Federation Sergey Ivanov the letter in which the mayor asks to return to the Yekaterinburg urban planning powers that were transferred to the region, said Thursday the Ekaterinburg city Duma.

“They (the letters) he (Roizman) pointed to evidence of unreasonable seizure of the powers of the municipalities to regional authorities”, — stated in the message.

The letter States that “the urban arrangement of the city was formed many decades, professional continuity was maintained during the hardest of the whole society periods”. “Today, to withdraw from Ekaterinburg powers in this area means to put an end to the history and experience of architecture and urban development of Ekaterinburg and Sverdlovsk town planning powers were in Ekaterinburg since its Foundation,” — says Roizman.

The mayor also notes that the law was adopted in haste. The twenty-third of September 2015, the project was submitted to the legislative body of the subject, and already after less than two weeks passed in three readings.

“Any discussion of the document at all stages of its consideration and adoption were carried out with professional building community, neither with local authorities nor with the residents of the city of Yekaterinburg”, — stressed the head of the city.