Chargé d’affaires Affairs of Moldova in the Russian Federation Eduard Melnik was summoned on Thursday the Russian foreign Ministry in connection with the situation with Russian journalists in Moldova. 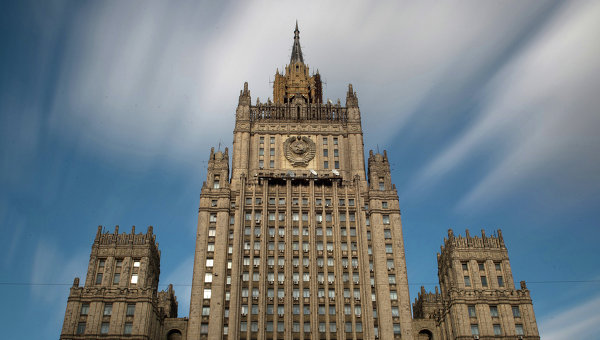 MOSCOW, 8 Oct. Chargé d’affaires Affairs of Moldova in the Russian Federation Eduard Miller, called on Thursday the Russian foreign Ministry, called the “good” meeting with representatives of the Ministry.

On Thursday afternoon he was caused on the Smolensk area, due to multiple obstacles on the part of Chisinau to the work of Russian journalists, said the Russian foreign Ministry.

On Wednesday a press-the attache of Federation of football of Moldova Victor Dagi said that the two Russian journalists accredited to cover the match Russia-Moldova, denied entry into the country. According to him, the decision to deny the operator Ilya Naletova and sound engineer Andrei Uruku received from the Service of information and security (SIB) of the country. The press service of SIS said that the decision to ban the entry was made not in this Department, and the Bureau for migration of the Ministry of interior.

On Thursday, the press Secretary of the Russian President Dmitry Peskov said that Moscow considers unacceptable actions of the authorities of Moldavia, who was denied entry into the country two Russian journalists.

This is not the first case when in Moldavia are not allowed the film crew of Russian TV channels. Last weekend there were two cases of detention at the airport of Chisinau reporters of NTV. The journalists were sent back to Moscow. In March the shooting crew VGTRK, which has been allocated to the coverage of elections in Gagauzia, also not allowed in Moldova. In April a similar incident with a ban on entry happened with correspondents of the TV channel “Star”.