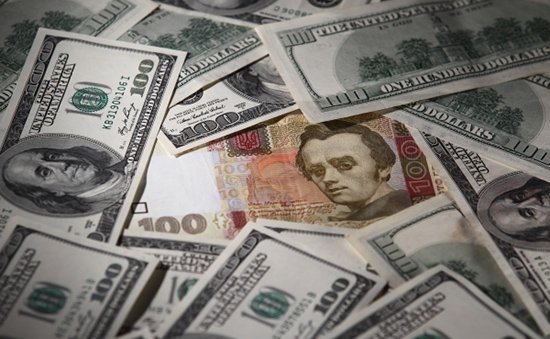 The Kyiv city Council decided to suspend the payments for servicing and repayment of previously borrowed by the city authorities loans for a total of $550 million Under a technical default were two Eurobonds placed in 2005 ($250 million at 8% per annum) and 2011 ($300 million under 9,375% per annum).

“Ukraine is now in a difficult situation made worse by the fact that the previous government drove the country into debt and Kiev. $550 million more was taken at the rate to 5.05 hryvnia per dollar, and now foreign debt has increased in the hryvnia several times”, — said the Chairman of the Committee on budget and socio-economic development and co-Chairman of the faction “UDAR-Solidarity” Andrew Wanderers.

According to him, the moratorium on repayments was introduced in order to “improve the economic health of Kiev”, as the total debt of Kiev is now about 18 billion hryvnia, and maintenance needs 2 billion hryvnia per year.

In turn, the mayor of the Ukrainian capital Vitali Klitschko said that the moratorium on payments of foreign debt imposed in the interests of Kyivans.

“Kiev needs to have the funds for the livelihood of the city and its residents. And that’s the main thing, from which we proceed in the current situation,” — said Klitschko, noting that city officials continue to negotiate with the lenders and expect to seek “fair terms”.

On the eve of the international rating Agency Standard & Poor’s (S&P) downgraded the credit ratings of Kyiv on obligations in national currency from CC to SD (selective default).

On 6 October the international rating Agency Fitch downgraded the rating of Ukraine in foreign currency to “restricted default”. Has Ukraine the level of RD means that the Issuer, in Fitch’s view, have made and rectify the default on the payments on the bonds, the loan or other substantial financial obligations, but it is not the subject of any bankruptcy, interim Manager appointed and started bankruptcy proceedings, liquidation proceedings or other formal procedure termination, and the Issuer has not terminated in any other way.

In late September, the rating Agency Standard & Poor’s lowered the long-term sovereign ratings of Ukraine for obligations in foreign currency to the level of “selective default”.

September 23 has come maturity issued in 2010 Eurobonds of the government of Ukraine $500 million to the Country not paid. The day before the government announced the start of restructuring the external debt of Ukraine and the suspension of all payments on Eurobonds, falling between September 23 and December 1, 2015. To date, Ukraine expects to complete the exchange of previously issued bonds for new ones, the maturity date of which is delayed for several years.