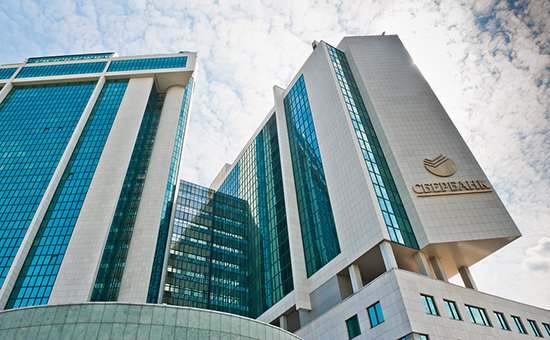 The Central Bank and the Ministry of Finance has limited the access of the largest banks in the country, placed under U.S. sanctions and the EU’s own foreign exchange funds, says Bloomberg, citing three government officials and a banker familiar with the entered constraints.

Five Russian banks — Sberbank, VTB, Gazprombank, Rosselkhozbank and VEB — last year have fallen under sectoral sanctions of the USA and the EU, restricting access to the European capital market. Banks and their subsidiaries (with a share of 50% or more) cannot apply for the West new debt and equity capital for a period of more than 30 days. Two Bank Rossiya Bank and SMP Bank — fell under the us sanctions that freeze the assets of organizations in the United States and impose a ban on any American resident with them.

The official representative of Sberbank confirmed that the Bank cannot borrow from the Central Bank and the Finance Ministry’s currency for periods longer than 30 days. “We returned all of such borrowing in January 2015, and now the savings Bank did not feel the slightest shortage of foreign currency liquidity. We repaid a syndicated loan in US dollars in may, repaid bond expiring in July,” he said.

The press service of VTB refused to comment on access to foreign currency funding from the Central Bank and the Finance Ministry, noting that “the Bank is not experienced and is not experiencing problems with liquidity”.

The restrictions affected not only the relationship of banks with foreign investors, but also for access to the currency by the Central Bank and the Finance Ministry, according to Bloomberg. According to Agency sources, the Bank of Russia does not permit the savings Bank, VTB and other creditors, placed under sanctions, until the annual currency REPO auctions, which were designed to support the banking system. The Central Bank does not want to risk, because currency, which he provides within the FX refinancing auctions, passes through the correspondent account in the United States and may be arrested if funds are intended for long-term financing of banks against which sanctions have been imposed.

Restrictions, according to Bloomberg, were imposed in December after the meeting of heads of banks, placed under sanctions, including Gazprombank, AB “Russia” and SMP Bank, with representatives of the Central Bank and the Ministry of Finance, but have yet to be revealed. As a result, banks, which account for about 60% of the assets of the entire banking system, not only being cut off from Western financing, but also against foreign currency funds of the Ministry of Finance and the Central Bank. Virtually the only sources of foreign funding for them are the deposits of individuals and corporate clients.

Restrictions may cause small banks operating difficulties and a slight decrease in margins, says analyst BCS Olga Naidenova. “If such restrictions do have, the banks may experience additional operational costs due to the need to peresadkami from the Central Bank under a REPO or short they may be somewhat more expensive to manage currency funding due to the need to draw it from individuals and corporate, but in any case, for the banks it is not critical,” she explains. “If some banks are liquidity problems, they will be supported, I can’t imagine a situation in which Sberbank or VTB would have remained without the state support”, added Naydenov.