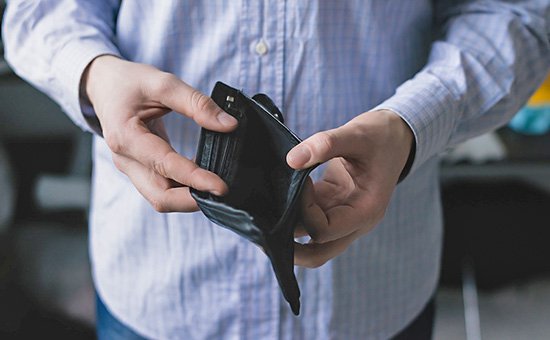 Incomes of Russians in 2018 will remain below the 2014 level. This assessment is contained in the new macroeconomic forecast of the Ministry of economic development in the years 2016-2018, were at disposal of the newspaper “Vedomosti”.

In the base case the forecast States that the moratorium on pension contributions, coupled with maintaining a tight lending conditions will cause a tightening of the investment decline for another year, while a month ago the Agency expected that in 2016 the decline will stop.

The real incomes of the population in 2016 is projected a month ago the growth will also continue to fall. The reasons for this will be higher inflation and limiting growth in social expenditures of the budget — skip the indexation of salaries of state employees and increase pensions only 4%.

In 2016, as in earlier Ministry estimates that the economy will return to growth. However, the pace of this growth is now lowered, more than doubling to 0.7%. His sole source remained the growth stocks of the industry. From 2017 the main source of economic growth will again be consumer demand, expects the Ministry of economic development. However, the growth rate would be small: the authors of the forecast proceed from the preservation of a strict budget policy in relation to social spending.

“Public sector wages, according to the forecast, will be indexed below inflation at 4% per year, as well as pensions, the ratio to pensioner’s minimum subsistence level will be reduced in 2018 to 1.36 against of 1.52 this year. As a result, even three years later, in 2018, incomes will remain below the level of 2014”, — writes the edition.

According to the publication, the updated forecast of economic development on Thursday, October 8, will be considered at the government meeting together with the draft budget.