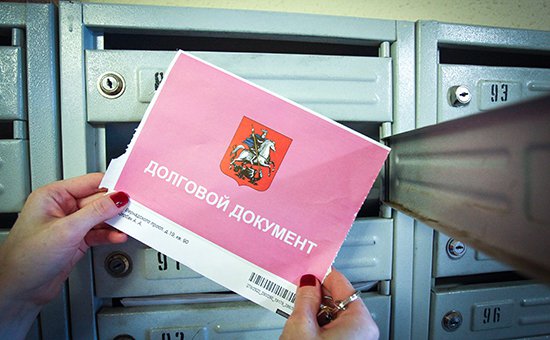 The majority of inhabitants of Russia drew attention to the growth of prices for main categories of goods and services over the past two months, according to data conducted in late September poll of the all-Russia centre of studying of public opinion (VTSIOM). The study, in the services segment the most noticeable for Russians, the increase in the price of utility bills — among citizens, making purchases and paying the receipts, an increase in the amount of payment for housing and communal services in recent months noticed 82%. Nearly half of respondents — 47% — said that prices rose significantly.

Grocery categories, where the absolute majority of Russians noted the rise in prices, meat and meat products (79%), sugar (73%), dairy products (72%; see chart). In this case, 44%, 40% and 30% of respondents said about the substantial price growth in their respective categories. In addition, more than 60% of the population noted the rise in price of bakery products, vegetables and fruits, cereals, and pasta.

According to the results of the study, 67% of respondents drew attention to the rise in price of gasoline, the rising cost of public transport has indicated less than half of respondents — 41% of Russians. As many residents told VTSIOM that, in their opinion, the fares have not changed.

According to the head of research projects of socio-political studies VTSIOM Julia Baskakova, although the goods and products in recent months continue to rise, the pace of price growth slowed. “The price growth seen in primarily low-income populations — those who cannot, to cheaper food and goods, she said. For them, visible even small, at first glance, the changes — simply because every ruble.” According to Maksakova, the poor amounted to about a third of the respondents.

According to Rosstat, consumer prices in the VTSIOM categories of goods and services in September and August 2015 (in relation to the previous month) increased insignificantly. The highest growth of prices was recorded in August on sugar (+6,9%), but in September they decreased to 0.8% (see chart).

Interviewed experts believe that the opinion of Russians about the growth of prices of basic goods and services in the last two months is primarily due to the devaluation of the ruble. “Sugar is very sensitive to the exchange rate so that it rose in price the whole year, the same is true of bread is derived from grain, wholesale grain prices greatly increased because of changes, — says Deputy head of the Center for economic forecasting of Gazprombank Darya Snitko. — If we take the segment of vegetables — in the summer they were relatively affordable, and now we turn to the remains of the stockpiles and imported products, so the logic of the people is also understandable”. Agree with it the General Director of the Institute for agricultural market studies (IKAR) Dmitry Rylko: “This perception of prices people largely due to the fall of the ruble.” People are also sensitive to the change of the price now, because they have a decreased income, he adds.

The most unexpected for the experts was the opinion of Russians about the rise in price of meat. “The main wave of appreciation was in 2014, and this year the situation on the meat market was moderately stable. Prices, of course, fluctuated up and down, but it was rather traditional, seasonal changes,” — said Snitko. In the opinion of Russians about the increase in the cost of utility bills, according to her, was the influence of a psychological factor. “If we are talking specifically about the Moscow region, it would be understandable why people react to rising prices for housing and utilities due to the fact that from 1 July in Moscow added fee for repaired,” she says. The fee for the overhaul began to appear in the payment documents of Russians from January 2014 in all regions at different times. But it was after the introduction of charging in Moscow began a new large-scale public outrage in Russia.

Russian opinion poll was conducted on September 26-27, 2015. The study involved 1600 people from 130 settlements in 46 regions of the country. The statistical error, according to polls, does not exceed 3.5%.