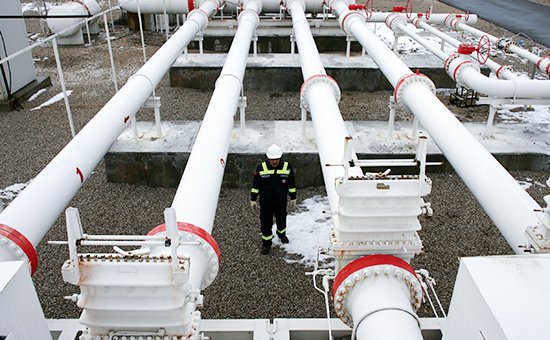 “We are the number one buyer of natural gas from Russia. The loss of Turkey would be a serious loss for Russia. If you want Turkey can buy natural gas in different places”, — quotes the President of Turkey Recep Tayyip Erdogan Reuters. Sharp Erdogan’s statement was made after the end of last week, Russian military aircraft violated the airspace of Turkey on the way to Syria was intercepted by Turkish fighters. According to the version of NATO, Turkish airspace violated two Russian aircraft, the su — 30 and su-24, respectively, on 3 and 4 October. In Moscow only recognised the first case.

Press Secretary of Vladimir Putin Dmitry Peskov said that the President informed on the possible revision of the cooperation between Turkey and Russia. According to Peskov, Russia’s actions in Syria contribute “to stability and security in the region, which is adjacent to the borders of the Turkish Republic”. He hoped that the relations with Turkey and “will continue to flourish”. The representative of the Russian foreign Ministry Maria Zakharova also sees no preconditions for the deterioration of bilateral relations. The representative of “Gazprom” Sergei Kupriyanov the statement of the Turkish President has not commented.

What are the risks of “Gazprom”

Turkey is cooperating with Russia in the gas sector since 1997, when the sides signed an intergovernmental agreement. Within this document, “Gazprom” signed the largest commercial contract with the Turkish state company Botas to supply 365 billion cubic meters of gas via the gas pipeline “Blue stream” for 25 years. The price and volume of deliveries, as well as the discounts are agreed on a yearly basis. The last agreements were reached in February. Technically, the delivery can be stopped by refusing to agree on volumes and prices, legally “Gazprom” prescribes the place of jurisdiction (that includes gap Treaty) Stockholm arbitration. “Gazprom” delivers gas to Turkey via two pipelines, the TRANS — Balkan (capacity of 16 bcm) and Blue stream (16 bcm).

In 2014, according to “Gazprom export”, Turkey has bought from Russia 27,33 billion cubic meters of gas. (18% of gas exports from Russia). If we assume the average price of gas sales in Europe (€280-300 per 1 thousand cubic meters), “Gazprom” can receive from the Turkish partner Botas last year to $9.2 billion, counts the Deputy Director of the national energy security Fund Alexei Grivach. Contrary to the statement of Erdogan, it is the second after Germany (in 2014 raised 38.7 billion cubic meters of gas) client of the Russian monopoly.

Russia earns from energy exports, and its citizens spend money on Turkish resorts. According to the Ministry of culture and tourism of Turkey, the average expenditure per foreign tourist in 2014 was $755 for the first six months of 2015 — $751. 2014 visited Turkey 4,479 million Russians, January—June 2015 — almost 1,455 million Russians. Thus, the Russians left in Turkey $3,38 billion a year.