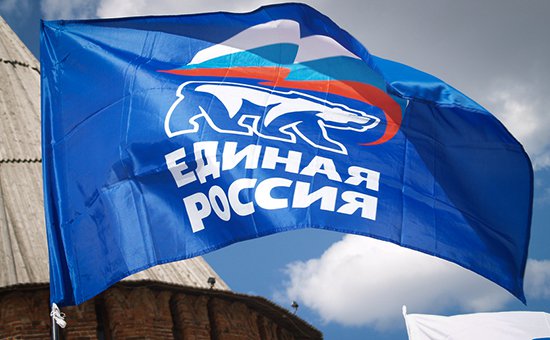 Immediately in 25 Russian regions high potential of the protest voting: that is, under certain conditions, the state Duma elections of 2016 the opposition can score more for United Russia. This conclusion follows from the report of the Institute for the development of the electoral system (IRIS, Executive Director of the Institute Rostislav Murzagulov — the former Deputy head of presidential administration of Bashkiria and Deputy General Director of “Resorts of the North Caucasus”). IRIS in recent months, regularly publishes reports about the level of falsifications on regional elections.

The highest potential of the protest voting in the Irkutsk region where in the last election a Governor was elected, the Communist Sergey Levchenko. The reasons for its victory, the author see in including that due to intra-elite conflict and political protest in the traditionally competitive and less subject to administrative pressure of the authorities of Irkutsk increased turnout. “As a result of this free election campaign, the electoral system was one of the most transparent in the country, and in the coming years, there is also the possible choices, practically devoid of administrative influence, what gives chances for a high result, opposition candidates,” the report said.

On the second place of the Chelyabinsk region — the situation is largely identical to Irkutsk, according to the report. The Governor lacks experience and relationships, but came into conflict with local elites, in this situation the sympathies of the local big business can be on the side of the opposition, the authors warn.

Next comes the Sverdlovsk and Novosibirsk oblasts, a high proportion of the city electorate, in addition, the regions are among the leaders in terms of clean elections. In fifth place was Moscow, where strong democratic traditions and low level of administrative influence. In St. Petersburg (6th place) low results of ruling party but in recent time there is increased level of administrative pressure, say the authors. “Such actions will not reduce by itself the protest mood of the population, which, however, will not implement it in the elections, considering participation a waste of time, and during other protest actions,” the report predicted.

To protest the experts also took Yaroslavl, Kirov, Omsk, Orenburg, Tver, Arkhangelsk, Vologda and the Khabarovsk territory. Also in the list of Moscow (13th place) and Leningrad (21st place) area. Just the 25 regions lives exactly half its voters, of which 77% is concentrated in the cities. “In these regions, therefore, the protest electorate for passage in the state Duma of several opposition parties,” they reason.

The report also includes seven regions where there is no potential protest vote. It is Mordovia, Kabardino-Balkaria, Dagestan, Karachay-Cherkessia and Tuva, Ingushetia and Chechnya.

In the CPRF believe that the opposition parties are able to succeed in an even greater number of regions. “I believe that in nearly all industrial regions is a critical situation and the opposition has a good chance. Another thing that you need to break-oiled fraud machine,” says state Duma Deputy Vadim Solovyov.

The CEO of ASEC, member of the Supreme Council of “United Russia” Dmitry Orlov believes “unrealistic” the assumption of the victory of the opposition in 25 regions. “In most regions, the dominance of “United Russia” will not even be questioned. Somewhere, of course, it is possible to predict a significant proportion of the protest vote, but such regions are not more than five. It could be Irkutsk, Novosibirsk, Omsk region, Krasnoyarsk territory and St. Petersburg,” he says.

When calculating the potential protest vote, the experts will consider the urban population, the turnout, the number of voters who voted for the opposition in the Duma elections of 2011, the level of intra-elite competition and political competition, as well as the ratio of administrative influence on the election results, says Murzagulov.

The latter figure, the experts calculate, based on the data in those areas, where in 2011 there were many observers. These data, the authors compare with the average result of the party and with the help of expert analysis establish the ratio of interference from 0 to 1. The higher administrative impact, the lower protest potential, to the report.

At the end of September the Committee of civil initiatives Alexei Kudrin called the most unfavourable regions from the point of view of the economic and political situation. In the “risk zone” was listed Komi, Karachay-Cherkessia, Chechnya, Ingushetia, Pskov, Astrakhan, Ivanovo, Nizhny Novgorod and Kemerovo region.