The Prime Minister of Russia Dmitry Medvedev earlier said that at the moment the criterion of retirement will not change, but noted that this measure will eventually be adopted. 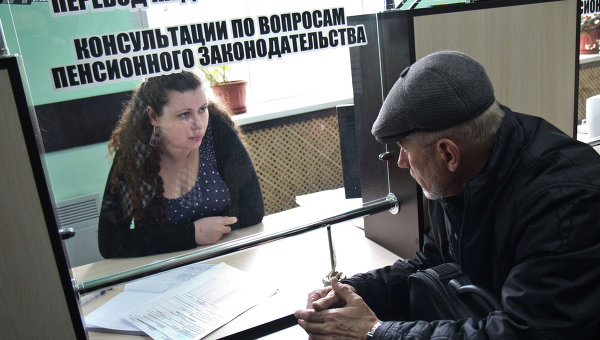 MOSCOW, 9 Oct. Raising the retirement age won’t reduce the deficit of the Pension Fund of Russia (PFR), only helps to stabilize it on the same level, and the authorities will not dare to carry out unpopular reform before 2018, according to polled analysts.

On Friday, a senior government official said that after the presidential election in 2018, the authorities can take the decision to increase the retirement age. At the same time can be adjusted, the tax system of the Russian Federation, in particular in the introduction of a progressive scale of personal income tax in respect of super-rich Russians.

Prime Minister Dmitry Medvedev this week have already commented on the question of raising the retirement age. According to him, this age sooner or later will have to raise, but to date, to change the criterion of retirement will not.

“Raising the retirement age is more of an inevitability than the will of someone and it is connected with the fact that the Pension Fund budget deficit, and it will only grow because of our demographic situation is developing in the best direction. An increase in the age stabilizes the deficit of the pension Fund, i.e. it will not increase relative to GDP. This measure of the deficit will not be removed, but at least will allow some time to stabilize the deficit”, — says the analyst of ROSBANK Eugene Koshelev.

The time will come

According to Koshelev, the demographic situation in Russia in the next few years one way or another will push the government to raise the retirement age.

“Probably somewhere in the early 20’s- late 10-ies will leave a very large number of people on pension, and the income stream that will collect and generate the current employees, it is clearly insufficient for a standard pension scheme to retain a sufficient level of security,” says the analyst.

According to him, as an alternative to raising the retirement age, the authorities can also consider other measures, for example, increase insurance contributions to extra-budgetary funds, and also to try to win back working in the informal sector of the Russians in the formal sector.

Koshelev added that to explain the increase in the retirement age need to cover the budget deficit is quite problematic. “It’s hard to explain, since it is politically unpopular, so I think that will limit the maximum… Very difficult to judge on the topic of when the right moment may come. We are in a situation where the sooner you start, the better,” he said.

According to the analyst of alpha Bank Natalia Orlova, the likelihood that the government will impose a progressive tax on the incomes of super-rich Russians, much higher than what will occur raising the retirement age.

While Koshelev believes that the introduction of a progressive scale of taxation might not be so obvious, given the fact that it is easy to evade taxes. But overall it would be a good support for regional budgets, the expert added.

Currently the retirement age in Russia is 55 for women and years for men — 60 years. The theme of raising the retirement age one way or another is discussed in the government the last few years. The most relevant it becomes on the background of the development of the crisis, when the budget is problematic to allocate large transfers to the Pension Fund to cover the deficit.

According to the Pension Fund in 2015 transfer to balance the pension Fund budget was about 690 billion rubles.

This transfer covers the difference between revenues and expenses of the Fund. This difference is formed due to expenses for early retirement for workers of harmful and dangerous production; early retirement for teachers and doctors; pension benefits to northerners; compensation for lost income of the Fund in connection with the preferential tariff for the payment of insurance premiums (22% vs. 26%); preferential tariffs in certain sectors of the economy. Transfer for next year is currently specified.