For the first time in the last 24 years, Ukraine has faced a similar level of acute shortage of gas volumes in anticipation of the heating season. Can only hope that winter will be warmer than the previous one, I am sure former Prime Minister Mykola Azarov. 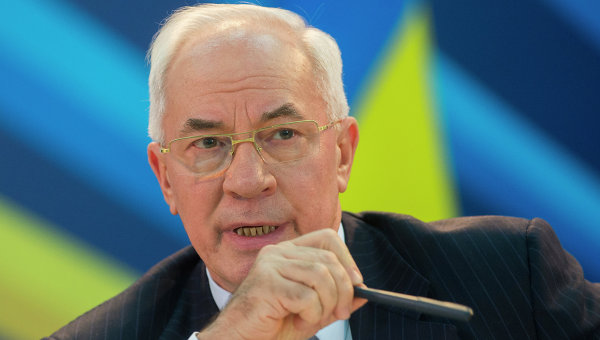 MOSCOW, 9 Oct. In the current circumstances, Ukraine has to rely only on what the upcoming winter will be mild, according to a former Prime Minister of the country Mykola Azarov.

“Hope only good (warm) winter that it will be warmer than winter 2014-2015 But if it will be colder than last year’s, only 1-2C, the problems and a very large secured,” — said the politician on his page on Facebook.

According to him, Ukraine has already missed the time to prepare for the winter and do not have time to buy gas in the required quantity. In addition coal in the country has also not.

“With all responsibility I declare — never in 24 years of its existence Ukraine did not join in the winter so unprepared even with the lack of the necessary emergency fuel reserves”, — said Azarov.

Russia, Ukraine and the EC on September 25, initialled a tripartite Protocol on winter package of Russian gas supplies to Ukraine. According to the agreements reached in Brussels, Ukraine is obliged to purchase from Russia to 2 billion cubic meters of gas. Funding for these supplies will be provided at the expense of credit of 500 million dollars raised by Ukraine with the assistance of the EC. Russia will give Ukraine a discount to the contract price of gas in the amount of about $ 20 per thousand cubic meters.