For Supervisory bodies, it was the largest illegal quarry in the region. The volume of soil required to backfill holes remaining after the quarry was about half a million cubic meters. 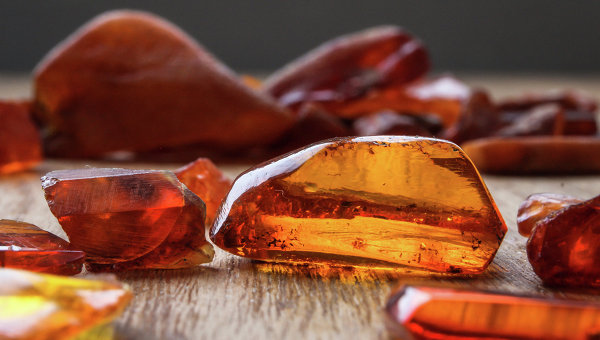 KALININGRAD, 9 Oct. The region’s largest quarry for illegal extraction of amber with an area of about 40 hectares, in which the “black diggers” was produced annually up to one ton sun stone, which was liquidated in Zelenogradsky district of Kaliningrad oblast, reported the press service of the regional government.

“The volume of soil to move, needed to backfill pits littered the field, amounted to about half a million cubic meters. Within a month of illegal quarry with a total area of approximately 40 hectares has been completely liquidated”, — said the head of service for ecological control and supervision of the Kaliningrad region Sergey poberezhnyy.

According to him, to the elimination of quarry in the village of Sosnovka and leveling of the territory was engaged engineering equipment of the Baltic fleet, special bulldozers and large earth-moving equipment. Round the clock security at the site has provided law enforcement. Coastal noted that the full reclamation of the site is estimated to be worth over 30 million rubles.

On the proposal of the Governor of the Kaliningrad region Nikolay Tsukanov to the Code of administrative offences of the Russian Federation was amended, through which came the norm on confiscation of instrumentalities of offences illicit miners of amber.

By decree of the head of region 10 areas in areas where there are deposits or the existence of amber, received the status of especially protected. The amount of the fine for the extraction of amber in such areas can reach several hundred thousand rubles. The regional authorities insist on further tightening of measures against illegal getters of amber up to criminal liability.

The largest Deposit of amber, which, according to experts, accounts for about 90% of the world reserves is located on the Baltic sea coast near the village of Amber, Kaliningrad region. The only company in the world engaged in commercial production of stone — the Kaliningrad amber factory, 100% owned by the state Corporation “rostec”. The plant annually produces about 300 tons of amber.