Kamchatka Krai was represented by 30 companies at the all-Russian agricultural exhibition “Golden autumn-2015”, held in Moscow, said the representative of the regional government. 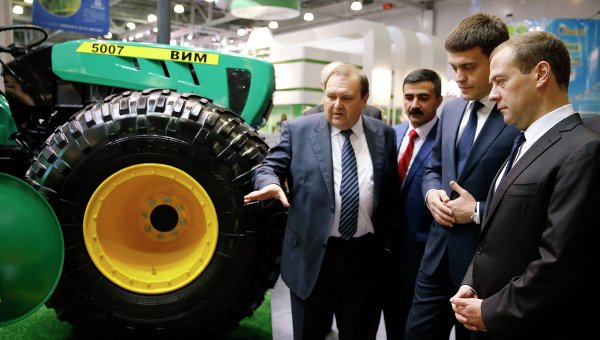 PETROPAVLOVSK-KAMCHATSKY, 9 Oct. Kamchatka Krai was represented by 30 companies at the all-Russian agricultural exhibition “Golden autumn-2015”, held in Moscow, said the representative of the regional government.

“In the exhibition center “Crocus Expo” presented their products 30 enterprises of Kamchatka. Among them are the major fishing companies such as “okeanrybflot” and “ozernovskoye fish canning plant №55” and JSC “Kampivo”, poultry farm “Pioneer”, the manufacturer of dairy products — a pilot farm “Zarechnoye”. In competitions at the exhibition on various categories involving eight manufacturers of Kamchatka,” — said the Agency interlocutor.

According to him, the region presented on two stages — “the Regions of the Russian Federation and foreign countries” (presentation of investment projects) and “Festival of national cultures” (food). Both the exposure of the Kamchatka edge has been decorated with the national colors of the people of the North.

“On the first landing Kamchatka is the main investment projects in agriculture, there are mock drafts of cattle-breeding complex on 36 thousand heads in the village Forest and the year-round greenhouse complex on the territory of agropark “Zelenovskie Ozerki”. The second hall demonstrates meat and dairy products, seed potato varieties Kamchatka “Elite”, sausages from fish. This year more varied goods than in the past”, — said acting Deputy Chairman of the regional government, the head of the delegation of Kamchatskiy Krai “Golden autumn” Marina Saturday.