Omsk region was represented at the agricultural exhibition “Golden autumn-2015” a series of major investment projects in the field of agriculture, said at the AGROFORUM, the Governor of Omsk region Viktor Nazarov. 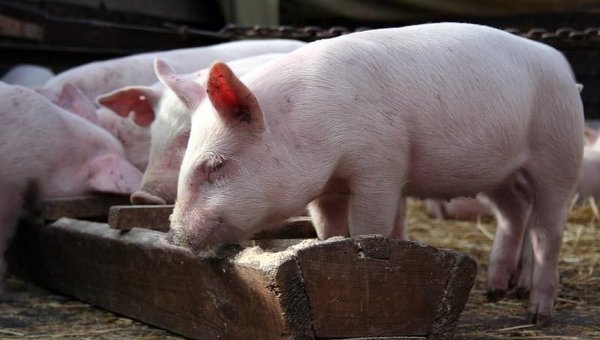 MOSCOW, 9 Oct. Omsk region was represented at the agricultural exhibition “Golden autumn-2015” a series of major investment projects in the field of agriculture, said at the AGROFORUM, the Governor of Omsk region Viktor Nazarov.

“Among these projects is modernization of production facilities and livestock pork producer “Omsk bacon”, which started implementation of the project in the current year. Investment in the project amounts to more than 13 billion rubles,” — quoted the press service of the regional government of the word Nazarova.

According to him, the modernization of the livestock of pigs will increase to 350 thousand, the growth of tax revenues will grow almost three times up to 675 million rubles, the company will create an additional 500 jobs.

In addition, Nazarov said at the forum on the development of territorial-industrial cluster “Biocomplex”. “The project is aimed at deep processing of grain crops in Omsk region. The technology, developed on the basis of advanced experience of domestic and foreign experts, allowed us to create a unique line of ready-made feed. The amount of investment is more than 49 billion rubles, the period of project implementation — 2015-2020 years”, — said the Governor.

According to the regional government, all the projects presented at the exhibition, have been successfully implemented. “Omsk region is one of the ten best agricultural areas of the country and annually participates in the main agricultural forum of Russia. This year the Omsk region there are 10 companies — leaders of the Omsk AIC. Among them, “Omsk bacon”, “English”, “Subgrading”, “Siberian poultry farm”, “Titan-agro”, added the press service.