Deputy Finance Minister Sergei Storchak, who is Director of BRICS Bank Russia, said that the agenda would be considered breakthrough solutions in the preparation of internal policies of the Bank. 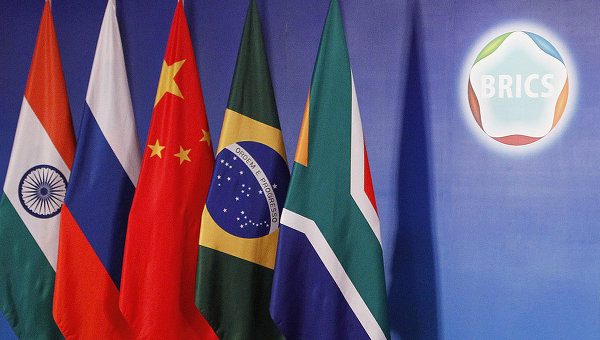 LIMA (PERU), 9 Oct. The second meeting of the Board of governors of the New development Bank (BRICS Bank), which can be taken key decisions on domestic policy development Institute, will take place on 20th of November of the current year, has informed journalists the Deputy Minister of Finance Sergey Storchak.

“It will be strange if the agenda is not to suggest breakthrough solutions in the preparation of internal policies of the Bank. The task of the President and Vice presidents and is to internal policies to prescribe, and a lot of them”, — told reporters Storchak, who is Director of Bank from Russia.

The first meeting of the Board of governors of the New development Bank created by BRICS countries in July 2014, was held in Ufa. The headquarters of the Bank located in Shanghai. The amount of paid up capital will amount to 10 billion dollars (the contribution of each of the five countries will amount to $ 2 billion), then if necessary it can be increased by 40 billion dollars.

Strap maximum possible capital was set at USD 100 billion. The main task of the Bank is to Finance infrastructure projects in BRICS and developing countries.

Storchak has reminded that the head of the Institute for the development of Kundapur Vaman Kamath promised that the Bank will Finance the first project by 1 April 2016. According to Storchak, these plans are quite realistic. Project proposals from participating countries already have.

Speaking about the sources of funding, Storchak noted that, probably, it will be the first contributions of the participants. “Hardly the Bank will have time to put some papers on the market, at the expense of borrowed capital to carry out the first crediting”, — he said.