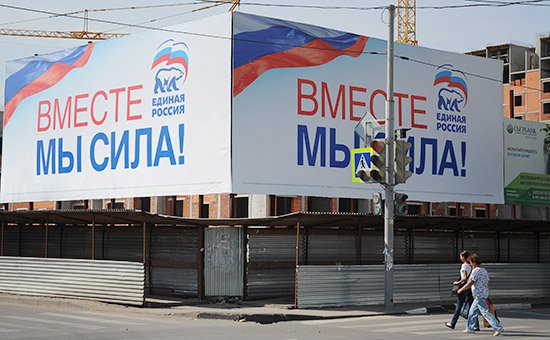 Deputies adjusted the bill to transfer a single voting day in an election year for the Duma from the second to the third Sunday of September. Second reading, the Chairman of the constitutional Committee Vladimir Pligin and his Deputy Dmitry Vyatkin has made to the draft amendment, which clarifies that after 2016 all regional elections will be held as they passed from the moment of introduction of uniform day of voting in 2012, the second Sunday of September.

A bill to transfer a single voting day was introduced in the state Duma its speaker Sergei Naryshkin and the leaders of the three factions (except the CPRF). He was part of a package that would incorporate the state Duma elections from December to September 2016.

The law on the postponement of elections of the state Duma was adopted at the end of the spring session, and to adopt immediately the bill to change the date of regional elections was impossible as we had to wait for feedback from the regions. At the beginning of the autumn session the bill was passed in its first reading.

In the approved version of the bill does not read that a single day of voting is transferred from the second to the third Sunday in September until the year of elections of the state Duma in 2016, the document was legally incorrect and inappropriate, says the source in the constitutional Committee. Pligin, commenting on the bill, emphasized that after 2016 should remain the earlier date of uniform day of voting — the second Sunday of September.

United Russia also clarify that in the event of early termination of powers of the Governor early elections, appointed in the year of elections of the state Duma, also held on the day of voting at these elections.

The Duma opposition has repeatedly criticized the conduct of the elections on the second Sunday of September. When September was appointed and the state Duma elections of 2016, the transfer from the second to the third Sunday of September has become the subject of disputes with the Communists, who were generally opposed postponement of the election from December to September. As explained by the party leader Gennady Zyuganov, the elections “will be held between the gathering of potatoes and cabbage”, and the election debate no one will watch. United Russia called this a step towards the factions who complained about too short time for campaigning.

“In this case (the issue of postponement of elections-2016 one week ahead) we went for a compromise, but in General it is better to vote the second Sunday,” said Vice-speaker of the state Duma from “United Russia” Andrei Isayev. According to him, the second Sunday of September the most convenient time for the voters as “country cool”.

In the opinion of the Communists, United Russia is important to leave the single voting day — the second Sunday of September, because at that time reduced the turnout. The second round of the elections in the Irkutsk region showed that in September, every week the turnout increases, draws the attention of the Deputy from the Communist party Vadim Soloviev.

The second Sunday of September is one of the most uncomfortable days for the opposition, said the head of the election monitoring movement “the Voice” Andrey Buzin. If to postpone the election one week ahead, it turns out three weeks is quite an active campaign, and from the point of view of the President’s administration one week can play a negative role, Buzin explained. On the third Sunday of September, the voter turnout will be higher than that of the party in power is disadvantageous, agree expert on elections by Arkady lyubarev.

In September, President Vladimir Putin instructed the government and regional leaders to consider this question. A report with proposals on this issue should be submitted before November 15.

If the beginning of the academic year be postponed, it will occur already after a single day of voting second Sunday in September.