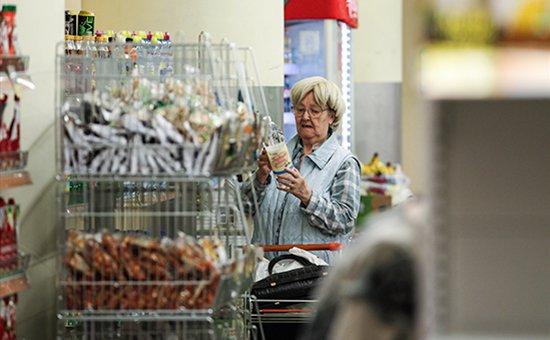 The negative impact of a new wave of ruble devaluation in July–August noticed the vast majority of Russians are middle class. This is evidenced by published on Wednesday, October 7, the results of periodic studies Sberbank CIB “Consumer index Ivanov”, which estimates consumer confidence of the Russians — the middle class.

As the weakening of the ruble (from 55 rubles per dollar in early July to about 71 rubles per dollar in late August) influenced the behavior of the middle class? Almost half of respondents (45%) of them have less to spend on products. 39% have reduced spending on clothing and footwear. More than a third of respondents (36%) claimed to have cut all costs, fearing further deterioration of the economic situation.

In addition, 11% of survey participants stated that due to the devaluation of the ruble have started to stock up on food, fearing a further rise in prices. 8% of respondents bought electronics, the purchase of which had previously been postponed. At the same time, one fifth of Russians (21%) stated that year the depreciation of the ruble did not affect their consumer behavior.

The behavior of the Russians during the last devaluation in General the same behavior in the first quarter after a sharp depreciation of the ruble in December, when 54% of them started cutting back on food and 11% to buy electronics. However, in the case of the fall of the ruble in July–August, the reaction of consumers to a greater extent driven by emotion, says the analyst of Sberbank CIB Mikhail Krasnoperov.

According to him, the previous round of devaluation has accelerated the increase in food inflation from 10% to 25%, but the effect of the recent collapse of the ruble, Sberbank CIB economists estimate only an additional 0.5 percentage points to the current level of inflation. “In this case, we see the emotional concerns of consumers and not a real deterioration in the economy of households. Thus, it is possible to say that consumers saw the devaluation, afraid of rising prices and began to readjust to expected inflation,” Krasnoperov said.

Overall consumer confidence of representatives of the Russian middle class in the third quarter of 2015 compared with the second quarter deteriorated significantly. The consumer confidence index, calculated by Sberbank CIB, has dropped from -14% to -24%. This is even lower than in the first quarter of the year, when the index was -22%. The share of Russians of the middle class having no savings in the third quarter has not changed and remained at the level of 39%, while the share of monthly earnings, deferred as savings fell from 7.9% in the second quarter of 2015 to 7.3%.