The head of the Russian Central Bank Elvira Nabiullina has received the award of Euromoney magazine, which annually gives awards for excellence in the field of banking, Finance and investments in 70 countries. 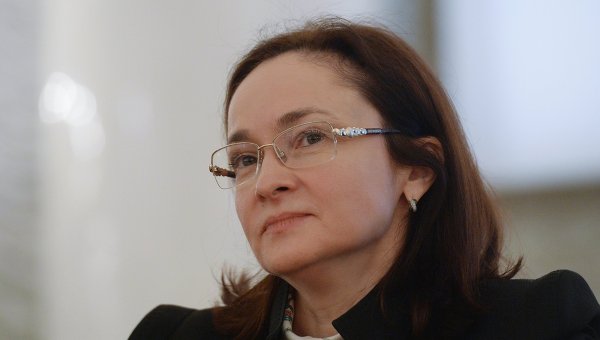 LIMA (Peru), 10 Oct. The head of the Central Bank of the Russian Federation Elvira Nabiullina has received on Friday the prize of the magazine Euromoney as the best leader among the heads of Central banks in 2015. The ceremony was held in Lima as part of the annual meeting of the Board of governors of the world Bank and the IMF in the capital of Peru.

“This award is a great honor for me, and I want to thank you for your appreciation of the efforts of the Central Bank of Russia, for the support of our colleagues in Russia and abroad in this difficult time”, — said Nabiullina at the ceremony.

According to her, the Russian economy had to endure this “economic storm”, the consequences of which still affect the situation in the country. “We don’t anticipate any changes in the external climate in the near future, however, Russia needs to restore growth in the new conditions of low oil prices and rising uncertainty in the world markets”, — said the head of the Central Bank of the Russian Federation.

“When external conditions began to deteriorate, we aim to mitigate the impact of this shock on the economy, helping our financial system to adapt to the new environment, it is important that we stay on the chosen path and refused to quick solutions that could create the illusion of short term prosperity, but would not be able to solve real problems”, — said Nabiullina.

She noted that for this reason the monetary authorities of Russia moved to a floating exchange rate, introduced alternatives to the refinancing and at the end of last year sharply raised its key interest rate. “And we really see that the economy was gradually adapted to the new conditions, the challenge now is to create conditions for sustainable growth, which requires our firm commitment to return inflation to the preset parameters,” — said Nabiullina.

Euromoney is a monthly magazine with headquarters in London, was founded in 1969. Since 1991, Euromoney magazine annually grants awards for the best achievements (Awards for Excellence) leaders in the field of banking, Finance and investments in 70 countries.