The total length of the route “West-Crimean — Sevastopol” should be 140 kilometers. The biggest grid project in the Crimea is the construction of the power bridge to the Peninsula with the Krasnodar territory. 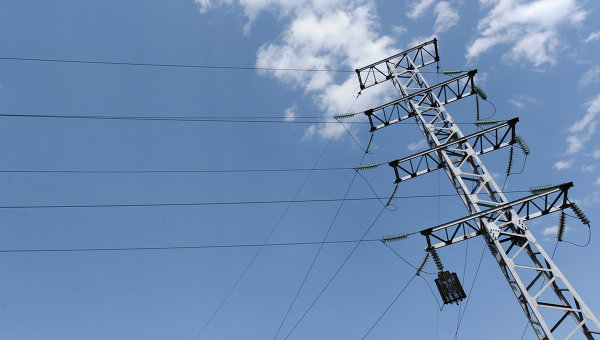 MOSCOW, 10 Oct. Scientific and technical center of Federal grid company of Unified energy system (FGC UES) has announced a tender for the development of design and estimate documentation for construction of high-voltage line 330 kV “West-Crimean — Sevastopol”, for these purposes it is planned to allocate 120 million rubles, relevant application posted on the portal of public procurement.

As stated in the tor, the total length should be 140 kilometres (specified in the design). However, some points of the design brief should be developed for two variants — with a parallel and separate operation of power systems of ECO Crimea and Ukraine.

Applications for participation in the tender are accepted until October 13, summarizing the simple purchase of paper assigned on October 19. The total period of performance is September 15, 2016.

The biggest grid project in the Crimea is the construction of the power bridge to the Peninsula with the Krasnodar territory. First power bridge with a capacity of about 400 MW is planned to be launched into operation by 25 December 2015. The second phase with the same capacity in 2016. Total funding for this project is about 47 billion rubles, the funds allocated from the state budget.

FGC UES provides services on electricity transmission on the Unified national electric grid (UNEG). The grid facilities of FGC are located in 73 regions of the Russian Federation. The company is a subsidiary of the state company “Russian grids”. The company “rosseti” are 80,13% of the outstanding shares of FGC.