First Deputy General Director of the company Vladimir Kalyapin said that the new product will connect Moscow and the city of Varna and Burgas, as well as a number of resorts in Croatia, the issue about the organization of railway communication with Istanbul. 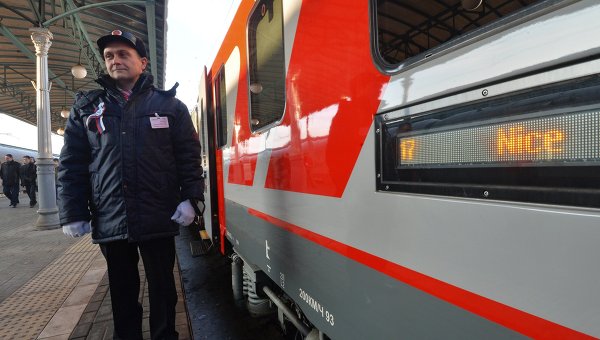 St. PETERSBURG, 10 Oct. Federal passenger company (a subsidiary of RZD) plans in 2016 to launch new routes from Moscow to the resort city of Bulgaria and Croatia, said the first Deputy General Director of the company Vladimir Kalyapin in St. Petersburg at the presentation of carriages for tourist traffic.

According to him, currently the FPC 22 thousand cars, which operate services in 77 regions of Russia and 17 countries of Europe and Asia.

According to him, in 2016 it is planned to open new routes in the resort town of Bulgaria and Croatia.

“We will be ready next year to offer a new product that will connect Moscow and the Bulgaria — Varna and Bourgas, and also a number of resorts in Croatia. Next year we will go to this beautiful city,” said Kalyapin.

He also noted that the issue about the organization of railway communication with Istanbul. It can be open in summer 2016. “To Istanbul, where there are no security issues, we today can make,” said Kalyapin.