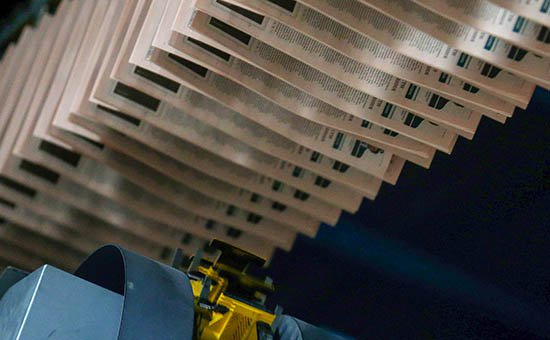 New amendments to the law “On mass media” that provides a mechanism of monitoring foreign funding of the media, was developed by the deputies Vadim Kharlov (“Fair Russia”), Alexander Yushchenko (CPRF) and Vadim Dengin (LDPR). The document was submitted to the Duma in the evening of 6 October, on the morning of 7 October, the text was published in the database of the state Duma.

The authors of the amendments believe that in conditions when in a number of countries has increased the pressure on the Russian media by foreign States and organizations “attempt to influence and directly at the Russian information space for the purpose of biased information and create a distorted picture of political reality on the reporting of domestic media foreign grants”.

In the document stipulates that upon receiving funds or other property from “foreign States, international organizations and under their control, foreign legal entities, foreign citizens, stateless persons, citizens of the Russian Federation having citizenship of another state”, the media or his publisher must notify Roskomnadzor within 30 days.

In case of violation of the law, the media will have to pay a penalty equal to the amount of funds received, and officials — publishers or executives — from 30 thousand roubles to 50 thousand rubles.

In the amendments we are talking primarily about the grants, said the Dengin. According to him, they will not affect foreign companies that are shareholders of the media (February 2016 foreigners cannot own more than 20% in Russian media). “Now we’re talking about third-party funding, the grant system: the public should know what money they read a particular article, — the Deputy declared. — If the organisation that gives money, some way legally integrated with the media, that’s her business.”

The amendments are not aimed at any specific media, according to Denikin and his co-author Alexander Yushchenko. “Here there is no struggle, I would actually call it a technical bill notification,” says Denikin.

In the explanatory note to the document notes that after the entry into force of the amendments to the law “On mass media” limiting the share of foreign companies in the media, and the introduction of mandatory registration for organizations — foreign agents, “attempts to interfere directly in the Russian information space” can be exercised “through the representation of the domestic media foreign grants”. “Such cases have received publicity in the Russian media”, — stated there.

In 2014 in Russia with the filing of the Deputy Dengina adopted amendments to the law On mass media prohibiting foreigners from 2016 to own directly or indirectly more than 20% in the founder of any Russian media. Among the companies already podstraivalsya under the requirements of the new law, — Hearst Shkulev Media, American Fox International Channels and Discovery Communications, Disney channel. The number of media companies such as NBC Universal, as well as German or Swiss Edipresse Axel Springer, has announced his departure from Russia.

A source in the state Duma claims that the reason for the writing of new amendments to the law “On mass media” became “the recent scandals with publications in Dutch money, which led to the idea to restore order.”

We are talking about the note of the newspaper “Izvestia” under the heading “Novaya Gazeta” was funded by the Netherlands” (published September 1, 2015). In it, in particular, it is reported that in 2012, “Novaya Gazeta” and the website “Caucasian knot” has received financial support from the government of the Netherlands. Chief editor of “Novaya Gazeta” Dmitry Muratov then told “Izvestia” that the funding from the Dutch authorities never influenced the editorial policy of his newspaper.

“News” drew attention to the fact that after the collapse of Boeing 777 Malaysian Airlines under Donetsk “Novaya Gazeta”, was released with an apology in Dutch “for the Downing by Pro-Russian terrorists Malaysian Boeing”, and that “among the titles of publications [about Boeing] often those in which responsibility is shifted for the incident directly on Russia.”

Chief editor of “Novaya Gazeta” Dmitry Muratov on Wednesday was unavailable for comment. Press Secretary of the edition Hope Prusenkova confirmed that in 2012, “Novaya Gazeta” has received funding from the government of the Netherlands on the design of the multimedia Studio, adding that since the publication of grants not received.

It is doubtful whether the new amendments are directed specifically against “New”, believes Prusenkova: “Novaya Gazeta” and the “Caucasian knot” is not so large publications to merit a separate law. If you wish to deal with us much easier.” But such initiatives significantly limit the activities of independent media do not receive government funding, she said: “obviously We’re in economically less advantageous position. We cover one or the other channel of funding. If the rules are tightened again, let’s invent something else”. Novaya Gazeta regularly reports on its earnings to the relevant authorities, and the newspaper has no possibility to hide the sources of foreign funding, added Prusenkova.

“Novaya Gazeta” this year was among the contenders for the Nobel peace prize. The prize includes a monetary reward that is more than $1 million.

Chief editor of “Caucasian knot” Grigory Shvedov has confirmed that its publication has also received a grant from the Dutch government in 2012. He did not specify, does it get any funding from foreign organizations. “All inspection bodies with all information owned,” said Shvedov.

In addition to publications mentioned in the note of “Izvestia”, the amendments may concern and other mass media receiving financial support from foreign organizations. For example, the magazine “Foreign literature” publishes a special issue devoted to the literature of any one country, with financial support from either the Embassy or a cultural organization dedicated to the promotion abroad of their language (the Cervantes Institute, the Goethe Institute, etc.), said the chief editor of the magazine Alexander Livergant. A year out of two or three such rooms, and they, according to the chief editor, great success. “We make no secret of this help, this money, paid taxes, says Livergant. — It is unclear why we need someone else to report about these tools”.

The new rules also may affect the online edition Colta.ru who told the chief editor Maria Stepanova website, have an affiliate program with some foreign organizations, such as the German Foundation named after Heinrich böll Foundation or the Swiss organization Pro Helvetia. “We receive from these funds and their money and their money doing joint projects. For example, the bell Fund, we did a series of screenings of documentary films “cinema believe” or “Dissidents,” says Stepanova. — Of course, we do not want to abandon these projects.”

Between the requirement to notify the financing from abroad and the prohibition to receive such funding, the difference is small, says Stepanov. “It’s like with the law on foreign agents: if you yourself admit, this is not deletes you from lists of the living, and just complicates life on different levels”.

Money from foreign companies received and online media “the Media”, said one of the founders of the project Nadezhda Tolokonnikova: “Media” periodically supported cultural institutions — music festivals Glastonbury in England, Roskilde in Denmark and Riotfest in America, Sydney Opera house and others.” Chief editor of “media zones” Sergei Smirnov said that in the absence of precise definitions it is difficult to say, will the new amendments of its publication: “When you relate, then we will decide.”