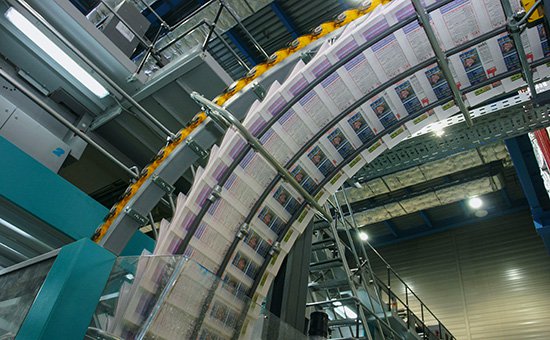 State Duma deputies have proposed a mechanism of monitoring foreign funding of the media: they will be forced to report to Roscomnadzor about coming from abroad means, writes “Kommersant”. This bill was developed by the deputies Vadim Kharlov (“Fair Russia”), Alexander Yushchenko (CPRF) and Vadim Dengin (LDPR). According to the publication, he had already introduced in the lower house of Parliament, but at the time of preparation of this material the bill in the database of the state Duma did not appear.

“In conditions when in a number of countries have increased pressure on Russian media, there are efforts through the economic impact of the repressive bodies and of the so-called “justice” to limit or discontinue the work of the Russian media on the territory of these countries. However attempts are being made to influence directly the Russian information space for the purpose of biased information and create a distorted picture of political reality on the reporting of domestic media foreign grants”, — quotes the edition of an explanatory note to the bill.

The authors have proposed to amend the media law and the Code of administrative offences (Cao). The bill obliges the media to inform Roskomnadzor about receiving foreign funding. “For the violation of this norm, the media will pay a fine equal to the amount of funds received, and officials — publishers or executives — from 30 thousand roubles to 50 thousand. Repeated violation will be grounds for the termination by court of activity of mass media”, — is spoken in article.

The law does not affect the funds received from the media or the founders as payment for advertising. Requirements will not apply to popular bloggers equal to mass media, or in representative offices of foreign mass media in Russia.

One of the authors of the bill, Duma Deputy Dengin, told the publication that this project is a logical continuation of previous initiatives that have become law. When lawmakers have limited to twenty percent the share of foreign capital in the media. However, Dengin believes that businesses have found ways to circumvent this rule by applying the scheme, “similar to the banking system of representation for the franchise”.

“Let’s face it: there is an information war. We say, your state media praised the President and the Premier. Well, let’s see who calls the tune”, — said the Deputy. Thus he told that he knows about the facts of mass buying up of regional and city Newspapers in foreign money.

In 2014 in Russia, a law was passed prohibiting foreigners from 2016 to own directly or indirectly more than 20% in the founder of any Russian media.