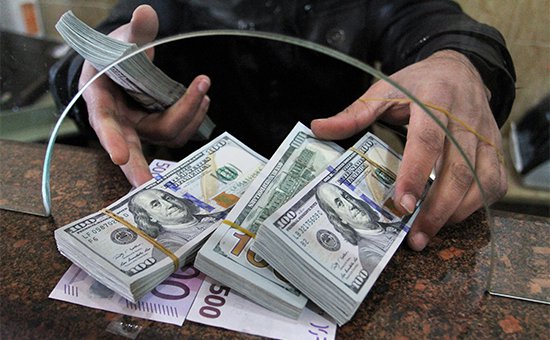 At this time, consent to the use of armed forces in Syria have resulted in a slight strengthening of the ruble. By 12:30 the dollar fell to 65,31 rubles 42 kopecks below the closing of trading on Tuesday. The Euro fell to a day low of 73,28 But it is the first reaction.

When in 2014 the Federation Council has authorized the use of troops in Ukraine, the population and investors began to panic — people were buying up foreign currency in exchange offices. The Central Bank had not yet switched to a free floating ruble, spent two days more than $11 billion to keep the dollar at 37 rubles. This is consistent with the amount spent on intervention since the start of the year.

Markets do not react to the beginning of the Russian bombing in Syria. “When the Federation Council gave permission in March 2014, was a totally different situation. In fact, there was a change in the geopolitical situation. Now it was already known that the Russian armed forces are in Syria. Immediate threats to Russia’s financial markets are not, as it is unlikely to lead to new sanctions of the West against Russia”, — explains the logic of investors, the head of operations money and Forex market Bank “Metallinvest” Sergey Romanchuk.

While news is not frightening, agrees chief economist of “Renaissance Capital” Oleg Kuzmin. Everyone understands that the process is complicated and can develop in various scenarios. In addition, investors already had time to ascertain the last time that the authorization to use troops does not mean the outbreak of hostilities, considers the Director of investment and trading Department Absolut Bank Sergei Mikhailov. Issued in March, the permit was never used and in July 2014 was cancelled.

The connection between what the Federation Council has voted in favour of the use of the Armed forces of Russia abroad and the ruble is not, the analyst adds the investment company “VTB Capital” Maxim Korovin. “The course is influenced by quite different factors. Chief among them is the change in oil prices and the dynamics of world stock markets. Both are now on the rise, so the growth of the Russian currency is quite logical,” says Korovin.

Will to influence events in Syria on the ruble in the future?

Not directly, says chief economist at Credit Suisse Alexey Pogorelov. “The only channel through which it is possible negative impact, this deterioration in the budget due to additional expenditure on the military operation. However, the effect of this we can see only after some time,” predicts Pogorelov.

All the political risks for the ruble has already affected. Now to derail it by several percentage points can only negative development of events in Ukraine, for example the deployment of Russian troops, says chief strategist, managing Director of Arbat Capital Alexey Golubovich. But such a scenario looks, in his opinion, unlikely.

The recommendations of economists, private investors, traditional is not to panic and not to make sudden movements. Otherwise, the chance of losing money is much higher than earn. If you have already divided up their savings in different currencies, it is urgent to change the aspect ratio makes no sense. If you kept all savings in rubles, you should do it now while the dollar and Euro don’t storm the next maxima.

“News about Syria — this is not a reason to buy dollars. It is obvious that this factor is not the most important. Prospects of the Russian economy are not encouraging, but major disasters with the ruble should not happen. My prediction: by the end of the year the course will be 70 rubles per dollar.

The decision on whether to buy or not to buy currency, you need to take for my own purposes. Deposit in any currency looks more attractive than storing cash. Guaranteed yield: the crisis in the banking system will not occur tomorrow, the government saved reserves to maintain it at least the next year. More risky instruments — stocks, bonds, gold is unlikely to give a greater return with greater risk.”

“Run and buy dollars to all savings are now clearly not worth it. In the case of Syria is unknown to us, as agreed by world leaders and what is actually happening. Maybe it’s not as scary as it may seem, reading the news. To sell all Russian assets only makes sense if there are negative developments in Ukraine, in other cases, political risks are insufficient.

Given that ordinary citizens have a limited range of investment instruments, in my opinion, the ideal solution would be to split the savings in half and keep them in dollars and euros. You can slightly increase the share of dollars because the growth cycle of the dollar and the Euro’s decline is not over yet. Rubles need to keep as much as needed for current expenses, because the probability of devaluation of the dollar is small. If the amount of savings covered by insurance, currency is better to keep the deposits up to a year. If it is higher, there is nothing smarter than to keep the surplus “under the mattress”, I I can not advise. Because in the current situation, look reliable just a few of the largest banks, the status of the other matter of concern”.

“Rising geopolitical tensions anywhere in the world has a negative impact on the currencies of the countries involved in the conflict. The ruble there will not be an exception, if the situation in Syria will develop in a negative scenario. In this case, if achieved rapid progress, the ruble may grow. To predict the rate of the dollar is now very difficult, our base forecast: average rate in 2015 will reach 65 rubles per dollar when the price of oil is $50 a barrel. But possible and strong vibrations that no one will not be smooth.

Population is important not to react to exchange rate fluctuations, the probability of losing something is much higher than earn. If your savings have already been distributed between currencies, you do not need to do anything. If you are thinking about buying an additional currency, then you need to be prepared for the fact that you lose on the course”.

Maxim Korovin, an analyst at the investment company “VTB Capital”

“On the ruble in the first place will influence the price of oil. It is important to monitor developments in China. According to our forecast, the dollar at the end of the year is 67 roubles per dollar on the condition that oil prices will be stable. In General, the decision to buy the currency you need to adopt, in accordance with their possibilities to diversify the portfolio and goals. Now the rates on deposits in rubles is quite high, therefore, based on our forecast, this method seems optimal savings”.

“According to our forecast, the dollar at the end of the year will be 70 rubles per dollar. We do not change its recommendations and advise to keep savings in different currencies in proportions 50 on 50: half in roubles and half in currency. Currency should be selected based on their goals. If you expect long-term savings in two to three years, it’s better to buy the dollar.”