Furthermore, KRET is conducting negotiations with other large potential customers, which can be of service radio control, surveillance, and enterprises-developers and manufacturers of electronic equipment. 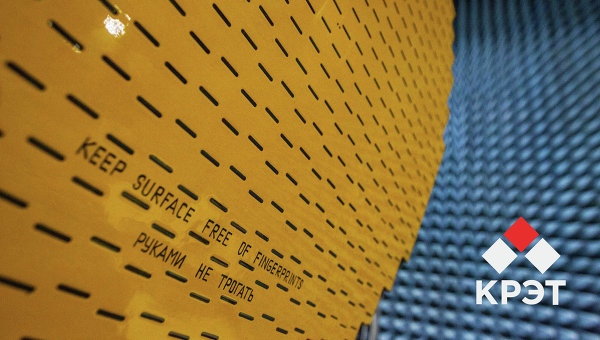 “KRET begins deliveries of magnetic antenna AMT-1, serial production is established at the enterprises of KRET. An instrument designed to measure the level of threat to life, electromagnetic radiation and industrial interference will compete with foreign counterparts both in the domestic and international markets. The launch customer for the products is the Federal service for Hydrometeorology and environmental monitoring (Roshydromet). Part of its composition fgbu “NPO Typhoon” is already using the AMT-1 for scientific research and environmental monitoring”, — reported the concern.

KRET is engaged in negotiations with other large potential customers, which can be of service radio control, surveillance, and enterprises-developers and manufacturers of electronic equipment.

According to first Deputy General Director CRET Igor Nasenkov, AMT-1 is “one of the first Omni-directional antennas”.

“Articles of this class can measure the electromagnetic field independently of their direction and polarization. This is a very advanced technological solutions, the demand for which is just being formed. Thus our proposal is not inferior to the best world analogues, very competitive on price and can be adapted to the needs of each customer. In 2016 we plan to take a significant part of the Russian market in this direction”, — said Nasenkov, whose word brings the press service.

In his view, the antenna KRET “today in its segment to compete successfully with the products of famous foreign companies.” “We understand that to get a share of the world market will be very difficult, and at the first stage, we expect sales in the countries where already known civil and military products of KRET. AMT-1, in particular, will be of interest to our clients as a reliable tool for solving problems of electromagnetic compatibility of equipment”, — said the first Deputy General Director.

Assistant to the General Director of one of the enterprises – manufacturers of the heels Vladimir noted that the antenna “is of interest for the selective control of electromagnetic fields in the frequency range from 0.009 MHz to 30 MHz in solving problems of electromagnetic compatibility, evaluation of protection of information transmission channels in the course of scientific experiments and conformity assessment of electromagnetic radiation levels determined by law”.

Today concern is working to expand the product line of AMT-1. In particular, it is planned to expand the frequency range of the antennas of this type and packaging them portable spectrum analyzers. These initiatives will allow dozens of times to increase the potential volume of sales in Russia and to enter foreign markets, the press service notes.