Users of the new operating system Windows 10 themselves consent to the collection of their data, accepting the license agreement, it does not fall under the Russian law on information, said Roskomnadzor. 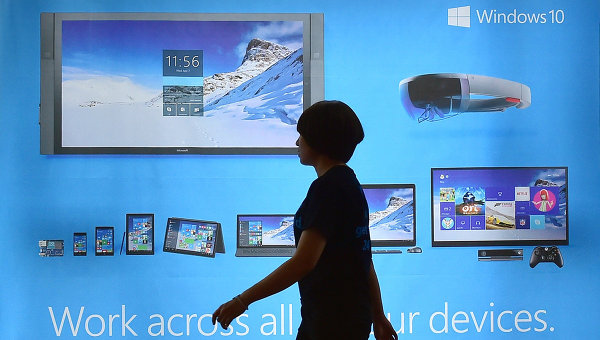 MOSCOW, 18 sen. Roskomnadzor found in the company of Microsoft of contradictions with the law on data protection, to the reply of the Ministry on the request of the Vice-speaker of the state Duma Nikolay Levicheva (CP).

The activities of Microsoft in its new operating system Windows 10 is not subject to Russian law on information, and the users themselves consent to the collection of their data, accepting the license agreement, as described in the response Department, the text of which is available.

In August, Levichev asked the head of Roskomnadzor to check the compliance of the activities of Microsoft with the requirements of the freedom of information act and if necessary be taken under the legislation of the Russian measures. The MP also asked the Prime Minister Dmitry Medvedev to consider the possibility of the ban of Windows 10 in state agencies, since personal data of its users may be available to the Corporation and foreign government agencies, he explained.

As stated in the response of Roscomnadzor, Windows 10 is a computer program, but not used for reception, transmission, delivery and processing of electronic data of Internet users within the meaning of article 10.1 of the Russian law “On information, information technologies and about information protection”.

“In this regard, Microsoft is not be construed as an organizer of information dissemination in a network “the Internet”, in the part of of the software Windows 10,” reads the reply of the Ministry.

However, subject to agreement on the use of Windows 10, the user agrees that Microsoft may collect, use and disclose information as described in the privacy statement.

“Thus, in making the installation on a personal device connection software provided by Microsoft, or through its use is in their interests, the user accepts this license agreement, or fully agrees with it. This agreement in accordance with the Civil code a public offer. The acceptance of an offer means unconditional acceptance of all its terms and conditions without any exceptions or restrictions on the terms of accession”, — said in the text of the document.

Microsoft has previously stated that the company does not provide government agencies access to user data. Collecting the information of users only with their consent, and they can choose how their information is used, emphasizes Microsoft.