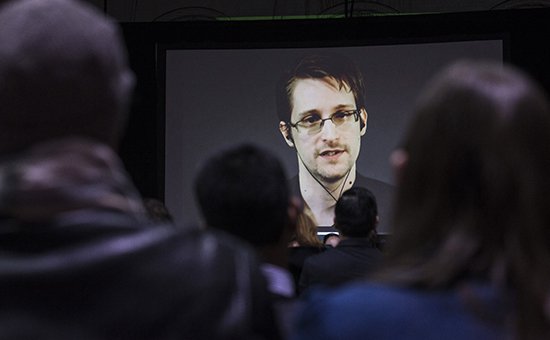 That the Office of government communication of the UK (GCHQ) can crack a smartphone, sending the encrypted text message, located in Moscow, Snowden told bi-Bi-si. Moreover, the user this message doesn’t notice.

After that, he said, British intelligence agencies will be able to hear all that is happening around the smartphone, and take photos. GCHQ can monitor the “who are you calling, what you wrote in a text message, what sites you visited, list of your contacts, where you were, to which wireless networks connect your phone”, he says.

The Smurfs blue creatures are called from the cartoon of the Belgian artist Pierre Cullimore, said the Corporation.

Each “smurf” is a separate program. For example, “dreamy smurf” (Dreamy Smurf) is a tool for power management that can turn on and off the device without your approval, says Snowden.

“Curious smurf” is a mechanism that controls the microphone. For example, if [the phone] in your pocket, GCHQ can turn on the microphone and listen to everything going on around you — even if your phone is off because they have other tools to enable it”, he said.

“Smurf-tracker” (Tracker Smurf) is a mechanism that provides the ability to track geolocation of the user with greater precision than is possible by a simple triangulation of cell towers, he said.

The program has protection — a method of interception “Paranoid smurf” (Smurf Paranoid), which makes extremely difficult the recognition by the user of surveillance by British authorities.

According to Snowden, “in fact, GCHQ is a dependent structure of the NSA”. “They [the NSA] provide the technology, set objectives and indicate the direction in which they [GCHQ] should work,” he said.

While Snowden did not specify whether British and American intelligence agencies monitored the communications of ordinary citizens. However, according to him, both agencies use their technology against individuals suspected of terrorism or other serious crimes, “but to determine whom to conduct surveillance, they need to collect large masses of data”.

According to him, all the activities of GCHQ “takes place within a strict legal regime and principles, ensuring that such activities are authorized, necessary and proportionate and that it is severe oversight, including at the Ministerial level, as well as by officers of the interception and intelligence services and by the parliamentary Committee on intelligence and security.” In a statement, the government says that Snowden has caused serious damage to the ability of intelligence agencies to counter threats to national security.

In 2013 Edward Snowden fled to Russia after gave the press the details of a large-scale program of surveillance of the Internet and mobile phones, which led US intelligence, where he worked.