General Director of “Technodynamics” Maxim Kuzyuk said that the holding company intends to complete the development of the fire protection system for aircraft MS-21 in cooperation with Curtiss-Wright until the end of the current year. 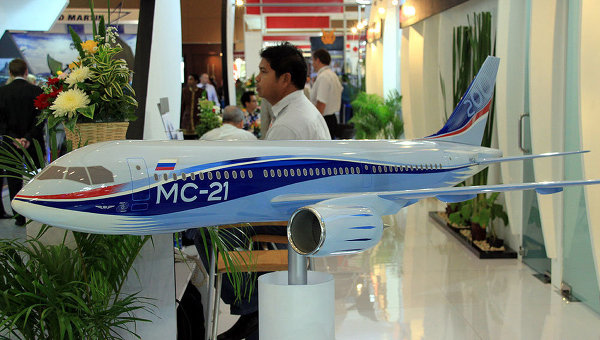 In 2014 because of the situation around Ukraine, the EU and the US imposed sanctions against entire sectors of the Russian economy.

“The development of a fire protection system in conjunction with Curtiss-Wright, we intend to complete by the end of this year and in 2016-2017 to conduct its tests. System superior to the performance indicators are all available on the Russian market. It aggregates it is easier than analogues by 20%, and the system will be more compact construction for the new block and lightweight fire extinguishers,” — said Kuzyuk.

He noted that the system “is created for the MS-21, but it can be adapted for the Sukhoi Superjet 100, and other aircraft including wide-body and transport”.

“The system will have a higher degree of reliability and protection against false positives, and the possibility of unification for different types of aircraft. Due to the modular replacement of components the operating costs will be reduced and the service life can be extended up to the period of use of the aircraft,” — said the head of “Technodynamics”.

Created by the Irkut Corporation’s new MS-21 airliner will be used for air routes of Russia and other countries. Planes MS-21 family aircraft have a capacity from 130 to 211 passengers and is aimed at the niche of mass transportation, which today is mostly the work of his foreign counterparts. As reported earlier, the Governor of Irkutsk region Sergey eroschenko, the first serial production aircraft is expected in 2017.

Holding “Technoceramica” (until March 2015 — “Aviation equipment”) specializes in the design, manufacture and after sales service systems and units of aircraft. In addition, it manufactures parts and units for such industries as oil and gas, automotive, transport, energy. “Technoceramica” includes 36 companies located throughout Russia — in Moscow, Moscow region, Ufa, Samara, Ulyanovsk, Arkhangelsk region and other regions of the country.

Rostec is a Russian state Corporation established in 2007 to promote the development, production and export of high technology industrial products for civil and military purposes.

The full text of the interview is available on the website — ria.ru.