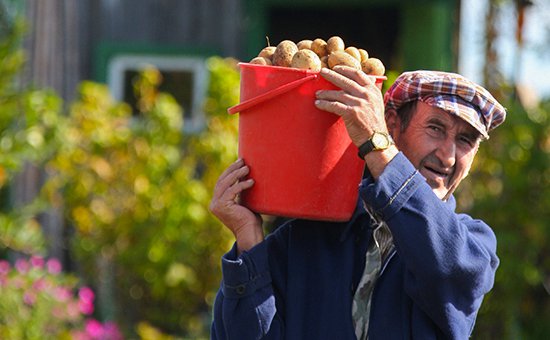 Over the past year, the Russian currency has become the worst in the world: by the beginning of September 2015, the ruble has lost 43% of its value against the dollar. However, 27% of Russians believe that the currency fluctuations have no impact on their welfare, according to a survey NAFI, published on 25 September. And 3% of respondents even stated that the depreciation of the national currency to live better. The proportion of those who blames the weakening of the ruble in the fall, 64%, and for the past six months, she decreased in April 2015 it is considered by 67% of respondents.

Another factor is the age. Young people up to 24 years more than others noticed negative effects: about 70% of respondents in this category noted the deterioration of well-being, whereas among 35-59 years such as 64%, while among pensioners is even lower — 59%. More resistant to currency fluctuations respondents were men. If women the impact of currency fluctuations on their income felt 66%, among men — 62%. 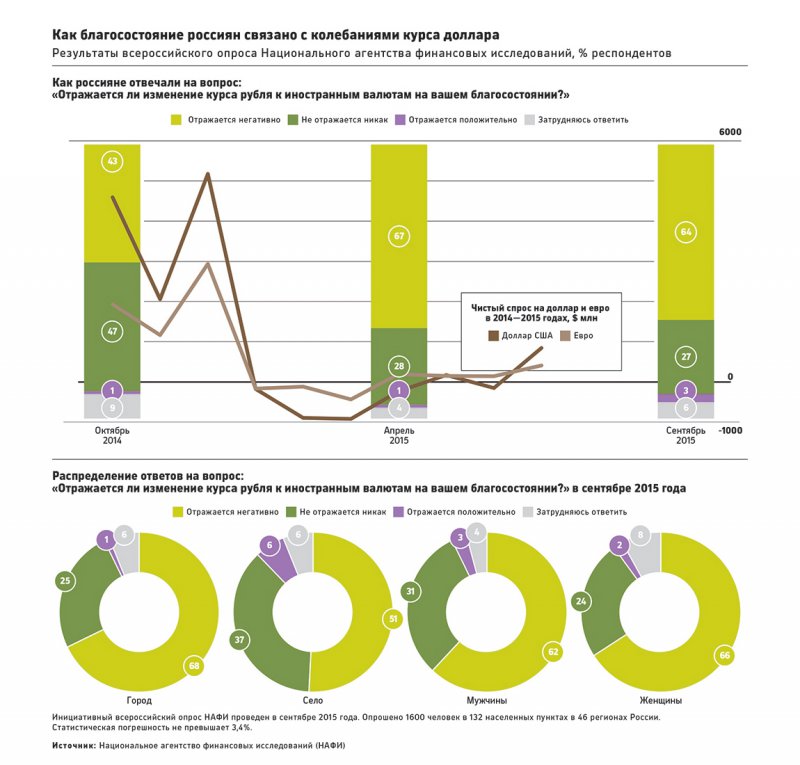 No money, no problems

Attitude to the fall of the ruble is highly dependent on the income and expenses of citizens. The higher the share of imported goods in consumption, the greater the negative impact on the well-being, explains the head of the research Department of the banking sector NAFI Irina Lobanova. So, the most resistant to the weakening of the ruble the population began from rural areas — almost 40% of inhabitants of villages and farms stated that it had no impact on their financial well-being.

“If the citizens are buying products, including imports, in the shops, many villagers living by farming — growing vegetables and fruits. Therefore, the villagers are not so much affected by the devaluation,” says Lobanov. In addition, this category of Russians are not so high level of education, they often do not understand how the devaluation affects the level of their lives, says the Director of the Center for macroeconomic research of Sberbank Julia tseplyaeva.

The less people’s income and savings, the less influence has the growth of the dollar. Here pensioners devaluation could care less, because, on the one hand, the share of imported goods among their purchases are small, and they don’t have savings in the currency, explains associate Professor in the Department of economic sociology, higher school of Economics Dilyara Ibragimova.

Men steady to weak ruble due to lack of awareness, experts say. “In Russian families on a budget women usually have control of. They often buy products and durable goods. Men are not so closely following prices and are not aware of how they were influenced by exchange rates,” explains Lobanov.

The mechanism of influence

Statistics of the Central Bank said that since the beginning of 2015 and there is no demand for cash currency. So, in July 2015 the Russians bought the currency a third less than in the same period pre-crisis in 2013. Including so changes in exchange rates the majority of Russians are concerned not so much. And for good reason. “By the end of the year prices will be 12%. Therefore, in Russia there is no person who would not be harmed by the intensification of inflation. But the report in aware, not all,” says tseplyaeva from Sberbank.