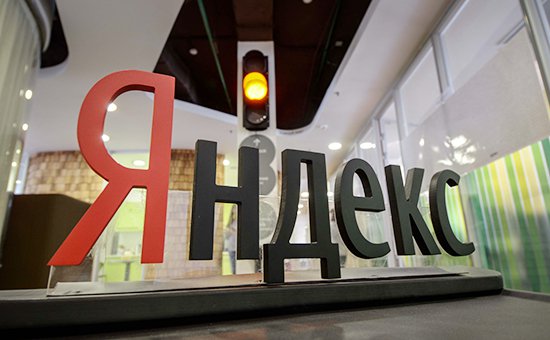 Updated “Kinopoisk” will be available on the evening of 8 October, according to “Yandex” at a press conference on Thursday. Two years ago the company paid for this service is $80 million. Now the company is completely changing the site’s interface and starts up the new services. Chief among them is the ability to watch movies or TV shows directly on the site “Kinopoisk” will aggregate content from major online cinemas Megogo.ru, Rutube.ru, Ivi.ru, Ayyo.ru, Tvzavr.ru, Pladform, “Amediateka”, as well as holding companies STS and VGTRK. Previously on “IMDb” it was possible to find only information about the movie, reviews and trailers.

With all partners “Yandex” works according to the scheme of revenue sharing. This means that the “Kinopoisk” will receive a Commission from advertising revenues from commercials placed on affiliate video. According to the head of “IMDb” Olga Lilia Mansurova has, financial conditions equal for all partners.

Investment in the restart of “Kinopoisk”, as the size of affiliate commissions, “Yandex” does not open. Earlier the sources familiar with the negotiations between “Yandex” and online-cinemas, said that the Commission will be of the order of 10%.

The content will be placed for paid and for free viewing — depending on what conditions the video is hosted on any partner site. For example, for movies and TV series provided by the services Ayyo.ru and “Amediateka”, the user will have to pay. The price on the “Kinopoisk” will not differ from the prices partners.

The head of the Directorate of Internet sites VGTRK Marat Akhmetzhanov noted that the holding “Kinopoisk” became an additional platform for distribution of licensed content: “the Transition to Linearisation gives us the ability to post content in holding their own player, to get more traffic to our online resources and the income from the sale of advertising in our videos.”

For TvZavr partnership with “IMDb” is an opportunity to work together to promote the idea of distributing legal content on the Internet, said the General Director of online cinema Marina Shurygina. “”IMDb” there is an opportunity to convey this message to a wider audience, said Shurigina. We expect to also expand the audience, increase views and purchases of our content.”

“Yandex” has completely changed the interface of the website. In particular, it will be a new service recommendations — with the help of special filters, the user will be able to get advice — what film he would be worth a look. If the user wants to see a picture that is in the cinema, “Kinopoisk” will offer him a poster of cinemas, as well as give the possibility to buy electronic ticket.

In addition, users can also rate films, write reviews on them and add haven’t looked at the picture of the bookmark in the “My movies”. The section also has a service that will remind the user when a particular film was released, is now available online or, if we are talking about the show, when appeared a new series.

The largest Internet companies already have their own video aggregators. Mail.Ru Group in 2012 launched the service “Poster Mail.ru” who has also signed a partnership agreement with the world’s largest online movie theaters and TV channels. As stated on the website “Billboard Mail.ru” now there are more than 7500 films,1200 series and 350 television shows for free and paid viewing.

Holding Rambler&Co has launched its aggregator “Rambler. Video” in August 2015. Among the partners of the service, which focuses rather on short rollers, — “First channel”, RTR, Bi, BBC, Euronews, BuzzFeed, “Position”, “Moscow Media”, RT, Arzamas and others. When you run the Rambler&Co has declared that is not going to do your own online cinema or aggregator of other online cinemas, but nevertheless, the company agreed to some sites about the delivery of films and TV series.

The “Yandex” also has service “Yandex. Video” — in 2014, the company closed on its feature-sharing, now it provides only search in posted online videos.

In 2014 the volume of Russian market of legal video services reached 7.4 billion rubles, stated in the report of analytical company J’son & Partners Consulting. By 2018, the revenues of this market will grow to 12.9 billion rubles, predicts the company. Thus, the average annual rate of growth in 2014-2018 will be 14.9%.

“Kinopoisk” became one of the most expensive purchases of “Yandex”. More company paid only for the Internet portal Auto.ru (the amount of the transaction, which took place in the summer of 2014, amounted to $175 million).