Today in the framework of the Fund Mubadala has already invested in 13 companies and projects, in the UAE there are about 40 representative offices of Russian companies as well as countries develop cooperation in the aluminium industry. 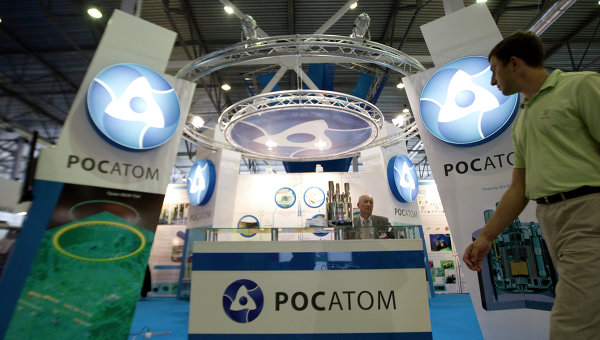 SOCHI, 11 Oct. Investors from the United Arab Emirates ready to invest in projects of Rosatom in the nuclear sector, the UGC in the agricultural sector and “Rosgeologiya” in the field of natural resource development, says the Kremlin the meeting of Russian President Vladimir Putin and crown Prince of Abu Dhabi Mohamed bin Zayed al Nahyan.

In addition, the Russian Fund of direct relations (RDIF) and the United Arab Emirates sovereign Fund Mubadala has created a platform for joint investments in projects in Russia with a target amount of investmentmarch to $ 7 billion. Today in the framework of the Fund is invested in 13 companies and projects.

Currently pending in the platform RDIF and Mubadala Fund a number of projects in the sectors of logistics, IT infrastructure and real estate, and major infrastructure projects totaling more than $ 3 billion. They include the project of construction of high-speed highway M-11 “Moscow-St.-Petersburg” on the section 58-149 kilometers; the reconstruction of the road M-1 “Belarus” at the section 33-132 kilometer, the construction of the Moscow region CRR, start-up complexes 3 and 4.

Strengthen its position within the UAE market of the Russian economonitor. In the UAE there are about 40 representative offices of Russian companies, including “Rosneft”, “LUKOIL”, “VTB Capital”, KAMAZ, Stroytransgaz, ALROSA, “metalloinvest” and others.

Russia and UAE develop cooperation in the aluminium industry. In March 2015 in Moscow was held the first meeting of the relevant working group. It was agreed to exchange information about the situation on the world aluminium market, exploring opportunities for joint investments in aluminum production, the use of a common infrastructure for the development of bauxite and alumina projects in third countries.

“Special attention will be paid to expanding trade and economic cooperation”, — stated in the materials. The volume of trade turnover between Russia and UAE in 2014 decreased by 20%, reaching $ 2 billion. In the same year the decline continued during the first six months by 43% to 566,1 million dollars. The reason of negative dynamics of the Kremlin calls currency fluctuations.