The President of Russia, expected to hold in Sochi a number of other meetings. In particular, the planned meeting of the Russian leader and the management of the company Pirelli. 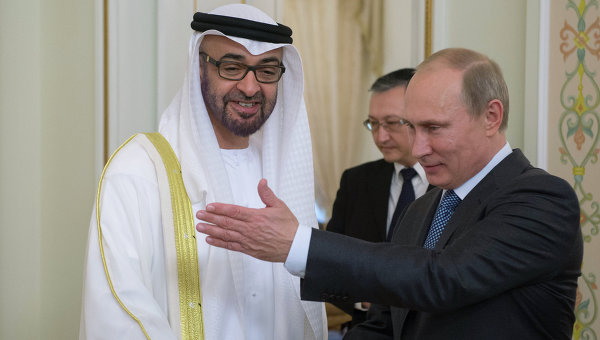 MOSCOW, 11 Oct. The Russian President Vladimir Putin on Sunday in Sochi will visit the race “Formula 1” and will meet with crown Prince of Abu Dhabi Mohammed bin Zayed al Nahyan. In addition, the planned meeting of the Russian President with the company Pirelli.

As told earlier the press Secretary of the President Dmitry Peskov, Putin and crown Prince of Abu Dhabi Mohammed al Nahyan will attend the “Formula 1”, and they will be a separate meeting and negotiations.

The President of Russia and crown Prince of Abu Dhabi met in August. Then they discussed the situation in Syria.

In Syria since March 2011 year armed conflict continues. In late June President Putin invited the leaders of Syria and the countries of the region, including Turkey, Jordan and Saudi Arabia, to join together to combat “Islamic state”, Damascus, if it deems it appropriate and possible. Russia, in turn, willing to facilitate the dialogue between the two countries. Currently VSC of the Russian Federation assist the Syrian army.

According to Peskov, it is not excluded and other contacts. “At the races will be traditionally welcomed with one hand one of the main sponsors of the event, on the other hand — the head of one of the largest Italian companies, which is also widely invests, has their enterprises on the territory of Russia is Pirelli… Putin will be a separate meeting. And possible other contacts”, — said Peskov.

While the Kremlin has no information about this meeting. “Indeed, the very intensive contacts between Russia and Saudi Arabia. In the case that such contacts will be agreed, and when they are agreed, we will give the relevant information. While I can’t say anything”, — said Peskov.