The head of the European Central Bank Mario Draghi believes that Greece will return to growth of the economy only under condition of implementation of all structural reforms, and urged the Greek government to take responsibility for their programs. 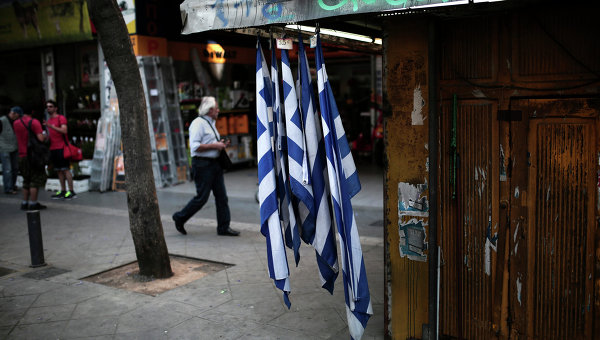 ATHENS, 11 Oct. Gennady Melnik. The head of the European Central Bank Mario Draghi believes that the debt burden of Greece must be alleviated, but Athens must continue the reforms.

“There should be an element of debt relief. We expressed concern about the viability of the debt,” said the ECB President in an interview to the Sunday edition of the newspaper “Kathimerini”.

Draghi urged the Greek government to take responsibility for their programs. “If the government claims that it had a duty under the influence of foreign forces to take action, it discredits itself, as Greek citizens who are asked again in the short term become to some extent victims, will ask their government why? Why are we doing this, if you don’t believe it,” said Draghi.

He believes that the country will return to growth only under condition of implementation of all structural reforms. “I believe that it is the basic moment”, — said the head of the ECB. “Don’t let despair take over you again”, — he addressed to the Greek people.

Draghi made it clear that the necessary Bank recapitalization money will be allocated only after first assessment and can be allocated no later than 15 November.

“Already allocated the first tranche of 10 billion euros on the possible need for recapitalization and restructuring of banks. The second tranche of 15 billion euros may be allocated after initial assessment and no later than November 15, provided that is completed the programmed control of asset quality (Asset Quality Review — AQR) and a stress testing (stress test), as well as the requirements of assessment in relation to the financial sphere”, — said Draghi.

He spoke against the write-off of deposits — the haircut of deposits.

The ECB insists that the bailout by the haircut of deposits was removed, as it is counterproductive for the economic recovery and cause her harm, would have a negative impact on the private sector, and this view is shared by the Eurogroup, Draghi said.

Draghi did not believe that the ECB is too harshly treated on Greek banks: “the ECB did not serve political expediency”, he acted in accordance with the rules and could not provide boundless cash.

Speaking of tax evasion, Draghi said that the important issue is how Greece will resist this. In his opinion, property taxation should be more equitable because it reduces the chances of tax evasion. The taxation of employment should be reduced, he said.