Italian Carpelli and Zamperla Group interested in large-scale project of a new resort in the Kaliningrad region on the territory of the future gambling zone “Amber” – Amberland. 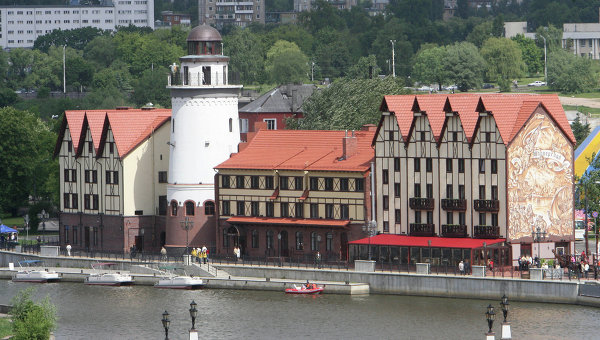 KALININGRAD, 12 Oct. Representatives of Italian companies Carpelli and Zamperla Group engaged in the manufacture Park rides, visited the Kaliningrad region at the invitation of the Corporation of development of the region, reported the press service of the Corporation.

“We held initial talks with companies Zamperla and Carpelli Group on the forum “Industrial projects in Russia” in July of this year. Representatives of Italian companies managed to interest a major project of the new resort on the Baltic sea — Amberland, which planned to build an amusement Park” — quoted in the message words of the General Director of Corporation Maxim Azov.

On the days of Italian businessmen met with local parks, as well as with representatives of the regional government. It is noted that the projects of the company Zamperla will be transferred to the Corporation of tourism development in Kaliningrad region.

A large-scale project Amberland, which should be implemented on the territory of the future gambling zone “Amber” on the Baltic sea coast, includes up to 2029 construction and infrastructure of the new resort and recreation of the city. The first facility is planned to be launched in summer 2016.

Antonio Zamperla S. P. A. is a leading Italian company producing Park rides, combines the use of national and historical traditions with a geographical specific location of the project, analyzes the factors attracting tourists to the Park all population groups.

Development Corporation of the Kaliningrad region was created in 2012 to attract investments, implementation of investment projects in the region, is working on creation of technoparks in various areas, in particular, of the industrial Park “Khrabrovo”, specializing in small and medium engineering, by 2018 it is planned to construct the industrial Park “Chernyahovsk” for the production of building materials. The total of the Corporation’s investment agreements is about 21 billion rubles.