Senator Vladimir Poletaev has proposed to consider the question of legislative recognition of the restrictions on replacement of state and municipal posts of citizens recognized insolvent by the decision of the arbitration court. 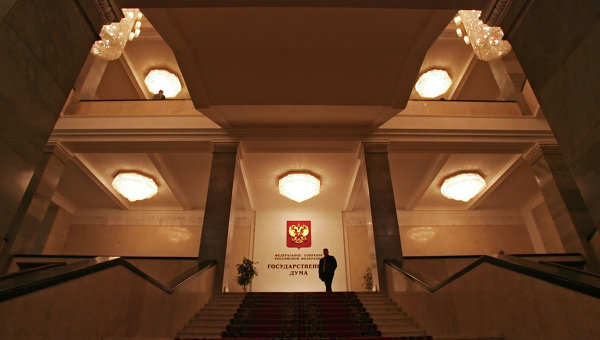 MOSCOW, 12 Oct. Senator Vladimir Poletaev submitted to the state Duma a bill that proposes to restrict the rights of citizens recognized by court by insolvent (bankrupt) due to the inability to pay obligatory payments, to occupy state and municipal positions.

“It is proposed to consider the question of legislative recognition of the restrictions on replacement of state and municipal posts, posts of state and municipal service of citizens recognized insolvent (bankrupt) by an arbitration court because of its inability to fulfill the obligation on payment of obligatory payments”, — stated in the explanatory Memorandum.

Such recognition may occur on the application of not only the authorized body, but also the citizen, the author writes.

According to the explanatory note, although the Constitution obliges every citizen to pay legally established taxes and fees, the practice of recent years shows that sometimes civil servants, deputies, neglect this duty. According to Poletaeva, it undermines the credibility of public authorities — both state and municipal, discredits it in the eyes of ordinary citizens, thereby impeding effective implementation by state authorities and local self-government to perform their mandated functions.

He stressed that this initiative meets the Constitution, according to which rights and freedoms may be restricted for the protection of the constitutional system, morality, health, rights and lawful interests of other persons, ensuring of national defense and state security.

In the explanatory note Poletaev notes that taxes is the most important source of financing of state obligations, including in the social sphere. According to him, neglect of civil servants their direct constitutional duty to pay taxes and fees could be viewed as undermining the foundations of statehood.