During the Moscow meeting is expected to be addressed in the preparation of the Council of foreign Ministers of the Organization for security and cooperation in Europe, which will take place 3-4 December in Belgrade. 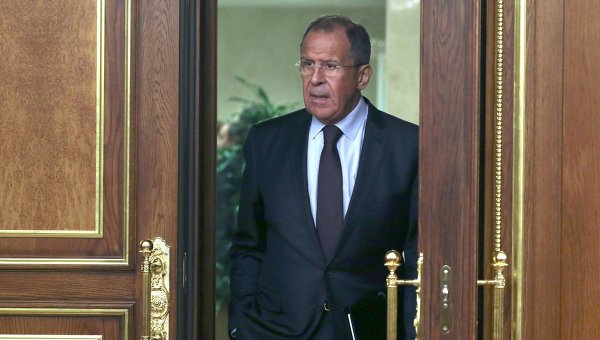 MOSCOW, 12 Oct. The Russian foreign Minister Sergei Lavrov in Moscow will discuss with the Secretary General of the OSCE Lamberto Zannier on the situation in Ukraine, the immigration crisis in Europe and the preparations for the December Council of foreign Ministers of the OSCE.

As stated by the official representative of the foreign Ministry Maria Zakharova, in addition to meeting with Lavrov, the President of planned contacts with the leadership of the Organization of collective security Treaty (CSTO).

“During the meeting with the Russian Minister will discuss the role of the OSCE in helping to resolve the conflict in Ukraine and functioning of the special monitoring mission of the OSCE. It is expected to exchange views on the preparations of the Council of foreign Ministers of the OSCE — it is scheduled on December 3-4, in Belgrade, on the subject of European security”, — said Zakharov.

According to her, it is expected that Lavrov and Zannier also discussed the “refugee crisis” in Europe.

Head of European integration Department Institute for international relations (MGIMO, Russian University departmental MFA) Nikolay Kaveshnikov considers that the implementation of the Minsk agreements will be Central to the conversation of Lavrov and Zannier. “It is obvious that the main topic for discussion is implementation of the Minsk agreements and the additional agreements that were reached in the “Normandy format”, — said the expert.

In his words, “the OSCE’s role here is extremely high, all parties to the conflict recognize that the OSCE is a relatively neutral observer, quite honestly, to the best of their ability, performs the task of monitoring”.

“The agenda issues of the political settlement in Ukraine, which implies a reform of the electoral legislation, the reform of the law on the special status of separate districts of Donetsk and Lugansk regions and international monitoring of elections, which, hopefully, will take place in February in Donetsk and Lugansk. This international monitoring, of course, will be to carry out structures of the OSCE,” he continued Kaveshnikov.