Individual entrepreneurs will be provided with plots of 0.15 square kilometers for a period of five years. This will create two thousand jobs and get up to 300 kilograms of gold per year. 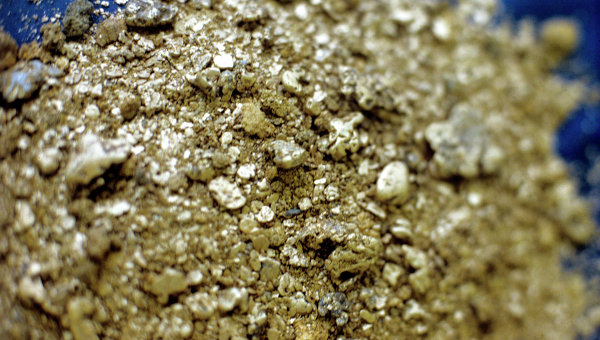 MOSCOW, 12 Oct. The Ministry of environment at a meeting with Prime Minister Dmitry Medvedev held on Friday, October 9, presented the amendments to the law “On subsoil”, which allows individual entrepreneurs to mine placer gold (“free prinos”) on the deposits in the Magadan region, writing in Monday “news” referring to two participants of the meeting and the representative of the Ministry of environment.

“To mine placer gold in Magadan region will be able individuals, would be given the land of 0.15 square miles every five years. Stocks issued to the field should not exceed 10 pounds”, — has transferred through a press-service of the Minister of natural resources Sergey Donskoy. According to him, in the undistributed Fund is 200 deposits of gold up to 10 kg, resolution entrepreneur yourself to get gold will allow to create 2 thousand jobs and get 250-300 kilos of gold a year, the newspaper writes.

Miner, who started gold production, will be exempt from paying the mineral extraction tax, however, has several limitations: blasting operations at the site can not hold, and to dig deeper into the can be a maximum of 5 meters, the newspaper writes.

“Free prinos” is not a matter of increasing the gold production in the Magadan region, it’s more a social issue, intended to increase employment. On the Kolyma lot of residents who worked in gold mining for many years, and they should know which is left unprocessed reserves, and want to work”, — said RIA of News the Minister of natural resources of the Magadan region.

The mining of gold by private individuals in Russia has been banned since 1954. The bill, which would have removed this restriction is considered by the state Duma in September 2010.