The Russian President will hold meetings with the government on October 13. The meeting will be devoted to the preliminary results of the implementation of the message to the Federal Assembly, which was announced on 5 December 2014. 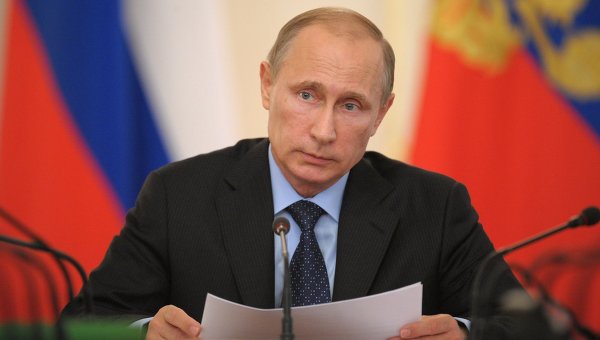 MOSCOW, 12 Oct. The President of Russia Vladimir Putin on 13 October at a meeting with government to discuss the preliminary results of the implementation of the message to the Federal Assembly 2014, reported the press service of the Kremlin on Monday.

The message to the Federal Assembly was announced on 5 December last year.

On the same day, Putin will take part in the VII Investment forum “Russia calling!”, organized by “VTB Capital”. The main topics of the forum — attracting international investors to Russian markets and increasing investment in the Russian economy in the current world situation.