According to the forecast of the agriculture Ministry, the grain harvest in Russia this year may reach 100 and 101 million tons. The export potential of grain is estimated by the Ministry at the level of 30 million tons. 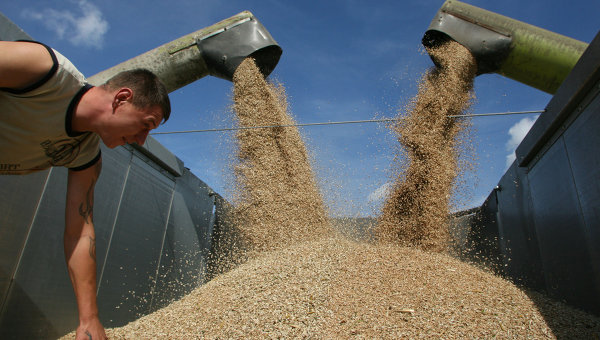 MOSCOW, 12 Oct. Russia for October 7, exported 8,364 million tons of wheat, which is below the level of the previous year by 24.9%, according to the monitoring of the Ministry of agriculture of the Russian Federation.

“As of 7 October 2015 in the current agricultural year exported crops 10,819 million tons, including wheat — 8,364 million tons, barley — 1,817 million tons, corn — 566 thousand tons, other crops — 72 thousand tons”, — stated in the message of Ministry with reference to operative data of the Federal customs service (FCS) of the Russian Federation.

In 2014 to 8 October Russia exported 13,299 million tons of grain, including 11,131 million tons of wheat. According to the forecast of the agriculture Ministry, the grain harvest in Russia this year may reach 100 and 101 million tons. The export potential of grain is estimated by the Ministry at the level of 30 million tons.

The Ministry also notes the tendency to increase the wholesale prices of wheat and rye flour in the European part of Russia. The average price of wheat flour of the highest grade as of October 12 amounted to 15,945 thousand rubles per ton (plus 0.2% for the week).

Average consumer prices for bread from wheat flour 1 and 2 varieties, according to Rosstat, on October 5, compared with the previous week increased by 0.3%, to $ 41,51 rubles per kilogram. The prices of rye and rye-wheat bread for the week also rose slightly by 0.1% to 41,07 rubles per kilogram.