The Chinese company “Jungen” is ready to invest 1.5 billion yuan to create the “exemplary area of Sino-Russian dairy industry”. 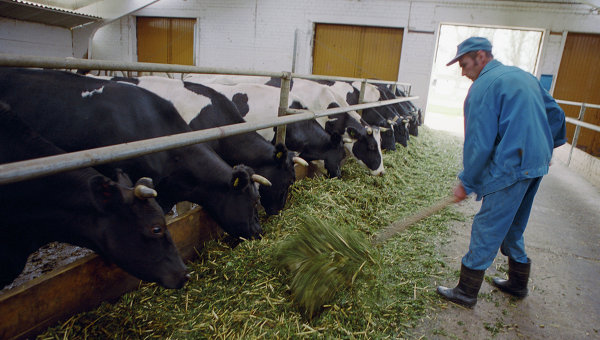 VLADIVOSTOK, 12 Oct. The Chinese company “Jungin” intends to establish in Primorye Russian-the Chinese complex of the dairy industry, in which investments will amount to 1.5 billion yuan, said the regional administration.

Vice-Governor of Primorsky region Sergey Nekhaev in the framework of the Second Russian-Chinese EXPO in Harbin held a working meeting with the President of the company “Jungin” sun Ocanom.

“Today the prospects of cooperation between China and Russia are very high, both governments are preferential policies in respect of business development. So we want to say that they intend to expand their power and then, including count on your support”, — said the head of the Chinese side.

He added that he wants to create in Primorye “exemplary demonstration zone of Sino-Russian dairy industry”. “Ready to invest in the project 1.5 billion yuan,” said Guo-Qiang.

The company “Jungin” has a whole production chain, crop — cattle — dairy. The livestock population is more than 16 thousand heads per day produces 160 tons of milk. Within three years the company plans to increase the population to 100 thousand, and the volume of sales of dairy products — up to 1 billion yuan.

One of the sites for the expansion of its production “Jungin” sees seaside land. During the discussion, the company representatives expressed interest in cooperation with Russian dairy enterprises.