The Minister for trade of the EEC Andrey Slepnev noted that it was decided that the EEU at a certain time goes to a regimen of certain exemptions from regulation for Kazakhstan on customs tariffs. This period will be determined by the condition of accession of Kazakhstan, said Slepnev. 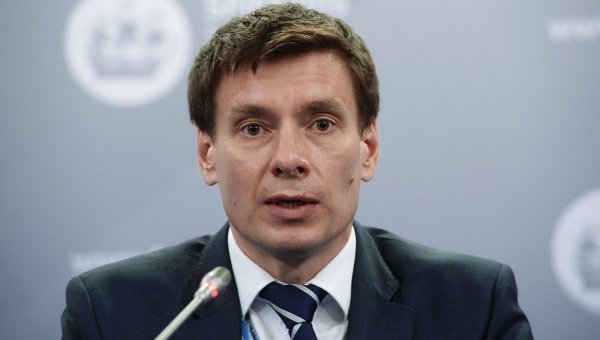 MOSCOW, 12 Oct. The Eurasian economic Commission (EEC) has prepared measures to reduce the risk for EEU member countries from the accession of Kazakhstan to the world trade organization (WTO), told journalists the Minister of trade of the ECE Andrei Slepnev.

In late July, Kazakhstan signed the Protocol of accession to the WTO. Officially Kazakhstan will become a member 162 of the organization at the end of 2015, after the settlement of all procedural formalities.

In connection with Kazakhstan’s accession to the WTO, the UNECE proposes to make a decision about the approval of certain exemptions from the common customs tariff (CCT) for Kazakhstan. The fact that Kazakhstan had agreed on many tariff obligations to the WTO before the creation of the EEU, and to change they no longer can, said Slepnev.

“As to revise the agreements under the WTO Kazakhstan is not, the common customs tariff also has certain limitations, that is, we can’t leave the bound rates established by Kazakhstan. It is sensitive to other members. And it was decided that we for some time go into a regimen of certain of our exemptions from regulation for Kazakhstan on customs tariffs. This period will be determined by the condition of Kazakhstan’s accession (to the WTO — ed.)”, — said the Minister.

However, he confirmed the terms of the equalization of import duties within the Eurasian economic Union in connection with accession of Kazakhstan to the WTO — it may take 7-10 years.

Today, the ECE is working as the EEU will operate in the conditions of these exemptions for Kazakhstan. So, in the first year the number of seizures in the CCT proposed to establish at the 1347 level of headings. “If you look closely, we will see that in many products these variations in obligations about the minimum ett”, — said the speaker.

“We are now preparing the instructions of the Supreme Council of the EEC as to whether to conduct such full-time work and, where possible, to reduce the CCT and install the ett on that level, what he is bound by the obligations of Kazakhstan. Of course, this will not be around the list of exemptions, but at very many positions it can be done painlessly in order to minimize the differences,” explained the Minister.

However, there are goods that are high risk and will need special measures. But such commodities are not many. For example, cars and planes. “But since they registered the sale, the turnover is understandable and here we do not worry”, — said Slepnev.

Also at risk is food — primarily meat and meat products. “Here we see that it is necessary more actively to realize what I had said before, namely traceability of products. To each batch of products it was clear, from what raw materials it is made, where processed and so on.. Now we have to push this work to have it completed before the end of the year,” — said the EEC Minister.

Among other things Slepnev also noted the white sugar — have already been drawn from the Kazakhstan import and export to other countries. “We prepare the solution that the export of white sugar produced from raw sugar will be completely closed. And Kazakhstan with this situation agree. Will also agreed the balance of these products,” he added, explaining that this measure is proposed to adopt also with a total package from 1 December of the current year.

Serious question before the ECE stands for light industry products, given the proximity of Kazakhstan to China.

“The rejection rate in Kazakhstan is low and it would not bother me if not have a well-known situation that the practice of customs clearance in this group, the Russian Federation, Belarus and Kazakhstan is very different in the fact that in many sensitive positions in Kazakhstan, the average contract price is significantly lower. This, of course, the risk”, — said Slepnev.

“So now we have an agreement that the customs service will switch to the agreed risk profiles, agree in the near future, and this will be the subject of regular reviews at the Board and the intergovernmental Council,” stressed the Minister, noting that this will also help the extension project of marking of light industrial products.

Customs control will not be

“We proceed from the fact that no, of course, customs control and rudiments on the inner boundary cannot be set (due to Kazakhstan’s accession to the WTO). The borders were open, so they open and must be. The more that our bodies have a sufficient set of functionality to implement the mutual trade, implementation of required controls…”, — said Slepnev told reporters.

According to him, the main database of products that is called the horizontal level of monitoring can be based on the relevant rules. “Maybe, and most likely, the mechanism of mutual trade will be strengthened at the inner border between Kazakhstan and Russia, Kazakhstan, and Kyrgyzstan. Now work was being done and in fact it will be reduced to e-informing participants of mutual trade of those goods that they will move across the internal border”, — he added.

All of these aspects, according to the Minister, discussed with the business community. “And we hope that the Council will consider them and 16th on the high Council (EEC — ed.) sign, respectively, the Protocol, and then the Council will take its decision to impose a lower duty on the relevant goods to Kazakhstan,” he added.

“The main task is to ensure the administration of these exemptions with a minimum of burdens for business. And, if possible, deciding at the same time the previously delayed task, which challenges us to practice,” — said Slepnev.

In this case, of course, there are still inconsistent nuances, but they are not fundamental from the point of view of making mechanism, said the Minister of ECE.

The economy will not suffer

The EEC noted that, taking into account all jumps and exchange rate devaluation, the level of protection of the domestic market rose significantly compared to the biennial and even annual prescription. “And a certain adjustment of the tariff in any way negatively will not affect the domestic economy, industry, jobs. Maybe even the opposite will be positive from the point of view of establishing a reasonable balance, from the point of view of competition,” believe in the EEC.

The EEU can safely operate with these circumstances. “Nothing new here. We had exemptions for Kazakhstan for the period of creation of the customs Union for Belarus were certain exceptions. Now we have a transit periods for newly acceded Kyrgyzstan and Armenia. That is our customs Union can and knows how to work with these restrictions”, — said Slepnev.

“Well, it is fair to say that the Russian anti-sanctions, too, of course, are actually some seizures that have also learned to apply, and the Union operates with these features”, he concluded.