At a meeting of Russia’s permanent representative to the EU and the European Commissioner for agriculture was also discussed mutual interest issues associated with ensuring the safe trade of food products. 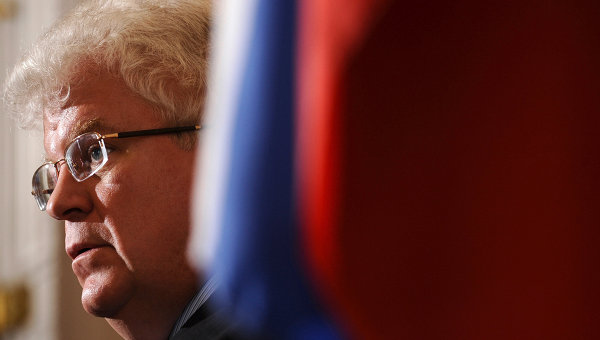 BRUSSELS, 13 Oct. Maria Knyazeva. Russia’s permanent representative to the EU Vladimir Chizhov discussed at the meeting with European Commissioner for agriculture Phil Hogan’s prospects of relations between Russia and the EU in the agri-food sector, says the report of the permanent mission.

“The twelfth of October 2015 in Brussels was held the meeting of the permanent representative of Russia to the EU Chizhov EU with… Hogan. The parties discussed the state and prospects of relations between Russia and the EU in the agri-food sector, including those of mutual interest issues associated with ensuring the safe trade of food products”, — stated in the message.

The permanent mission does not report, were discussed at the meeting of the Russian embargo on the import range of food products from the EU.